The Aiea Eagles came out on top of the Pearl City Chargers 20-6 in Mitey Mites Pop Warner Football competition played at Pacheco Park in Pearl City on Sunday.

Pearl City's versatile QB Makamae DuPont scored the Chargers only touchdown on a one yard sneak in the first quarter to give his team a 6-0 lead.

Aiea running back Keanu Kekawa scored the first of his two touchdowns in the first quarter on a 40 yard touchdown run that tied the score at 6-6. The Eagle converted the extra point attempt to in front of the Chargers 7-6.

Kekawa scored on a four yard touchdown run in the second quarter that was set up by an Eagles interception. The extra conversion attempt failed. Aiea took a 13-6 lead into the half.

Aiea scored their final touchdown in the third quarter and successfully converted the extra point attempt. The Eagles went up 20-6 over the Chargers. Neither team put any points on the board in the fourth quarter. 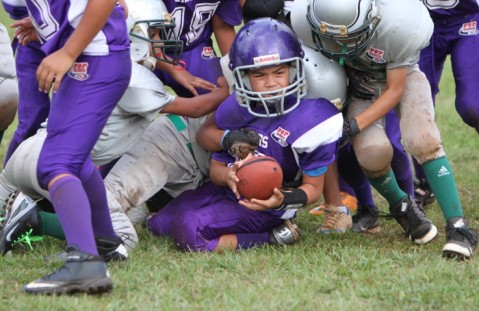 Pearl City QB Makamae DuPont sneaks across the goal line from one yard out to give the Chargers an early 6-0 lead in the first quarter. 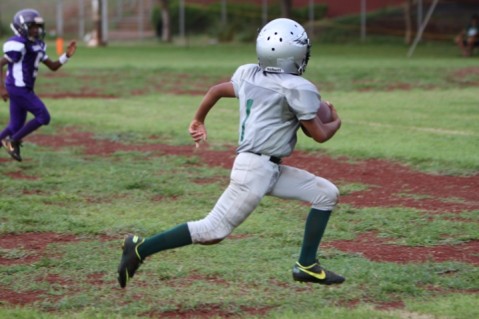 Aiea's Keanu Kekawa breaks away from the Chargers defense for a 40 yard rushing touchdown run that tied the score at 6-6 in the first quarter. The Eagles converted the extra point attempt to take a 7-6 lead over the Chargers. 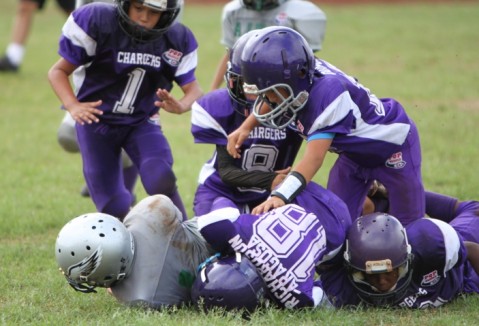 The Pearl City Chargers Mitey Mites football team volunteered recently to clean up Pacheco Park as a community service project to benefit Pearl City residents and visitors who use the park and facilities.

Mahalo to all the players, coaches and supporters for their community service efforts.

Also, mahalo to Coach Ikaika DuPont for providing the park clean up photos! 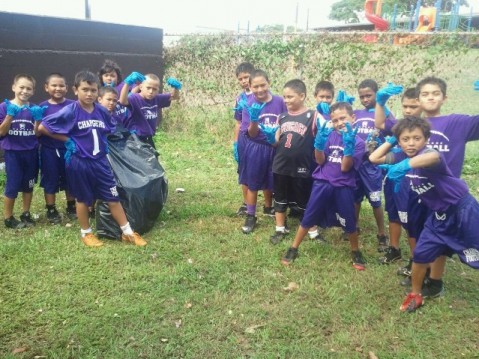 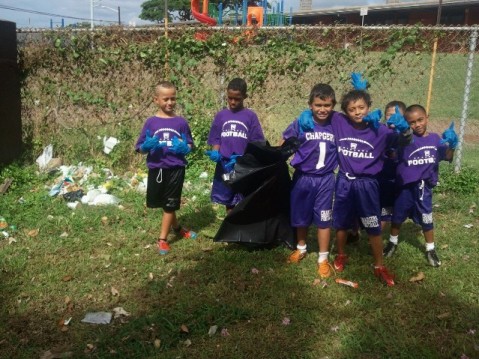 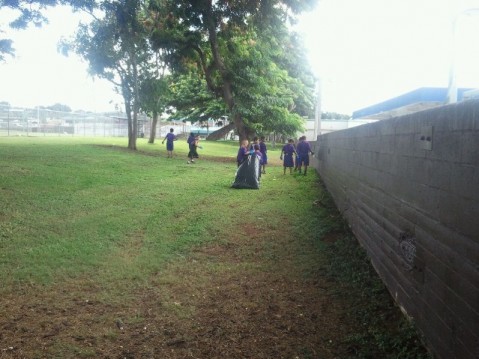 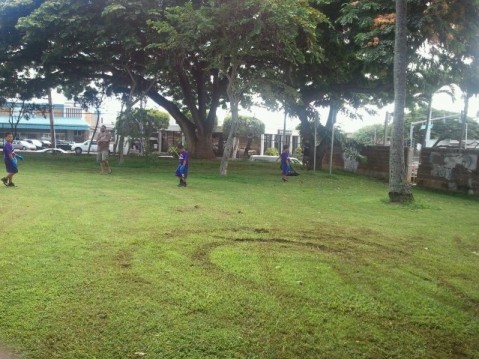 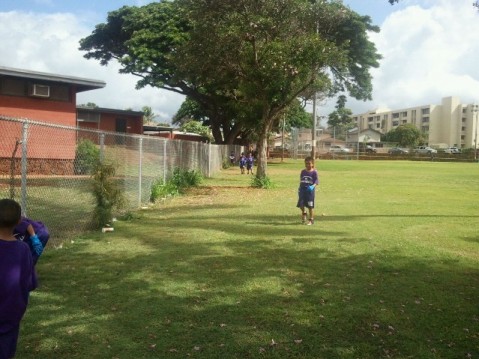 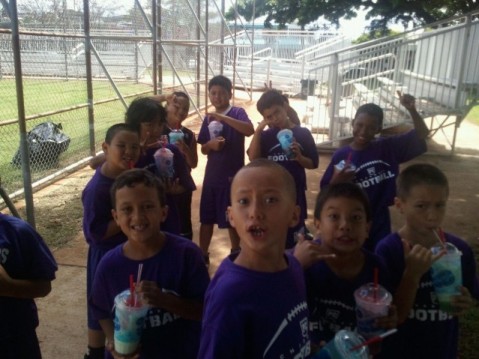