Castle and Pearl City faced off for the second time in the Oahu Interscholastic Association Red Division Girls Volleyball Championship Tournament on Tuesday at Farrington High School. The Lady Knights made it two in a row against the Lady Chargers with a 2-0 sweep (25-19, 25-22) to finish the double elimination format tournament in fifth place.

Both teams qualified for next week's HHSAA State Division I Girls Volleyball Championship Tournament that runs from Tuesday, October 30 through Friday, November 2. Pearl City filled out the final qualifying state berth from the OIA Red Division with a sixth place finish in the championship tournament.

Kara Chong put down 7 kills for the Lady Chargers.

The Lady Knights controlled the match through game one and up to late in game two as the Lady Chargers put together a scoring rally that fell short at 25-22. 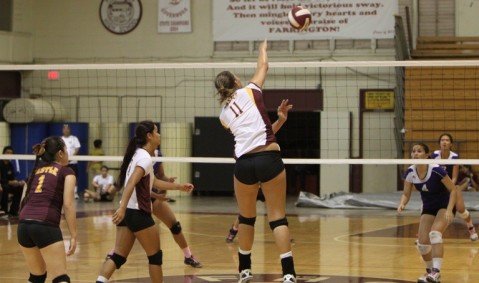 Castle's Ku'ulei Lynch slams the ball over the net for a kill in game one. 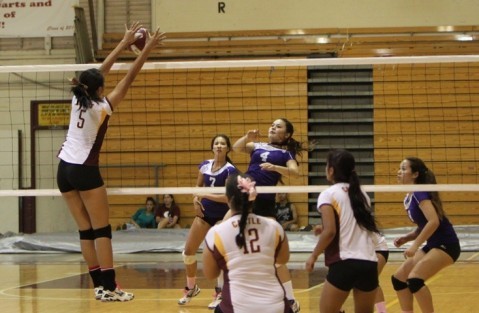 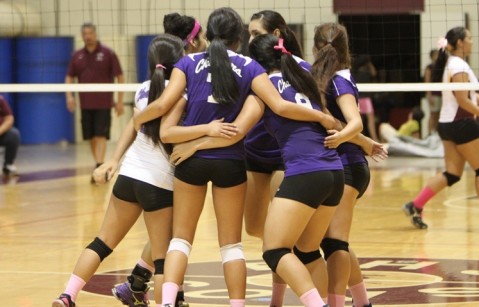 The Lady Chargers pull together in the second game as the team made a late rally to close within two points of the Lady Knights at 22-24.