Nanakuli defeated Radford 40-27 on Friday, October 19 to advance to the championship game against Pearl City.

Two way starters Jordan Taamu (QB/WR/FS), and Dominic Maneafaiga ((WR/LB), will be called upon to lead the Charger towards winning back-to-back OIA Championships. 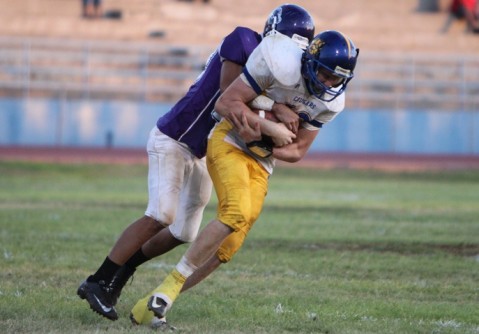 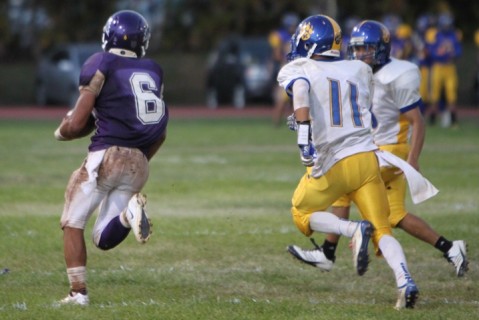 Dominic Maneafaiga makes it around the left side of the Kaiser Cougar defense for a big gain in the fourth quarter. 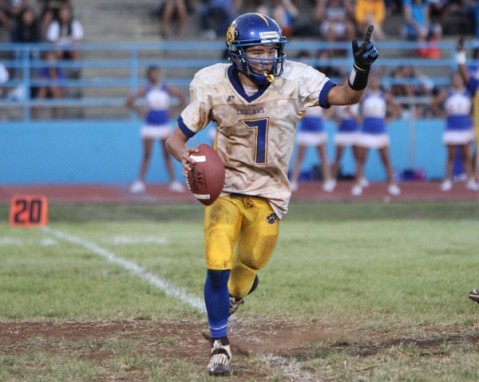