Suwa's game winner came late in the second half on a penalty kick. Lady Charger goalie Ariela Bali picked up where she left off last season with her exceptional play in protecting the goal and keeping the opposition scoreless.

The Lady Chargers move on in the pre-season tournament and will face Maui at 7:00pm at Hugh Yoshida Stadium. 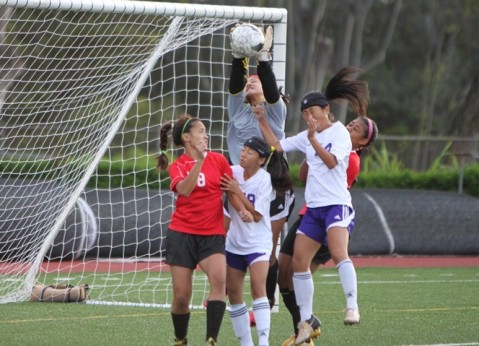 Kahuku Lady Red Raiders goalie goes up to reject a Lady Chargers shot in the first half. 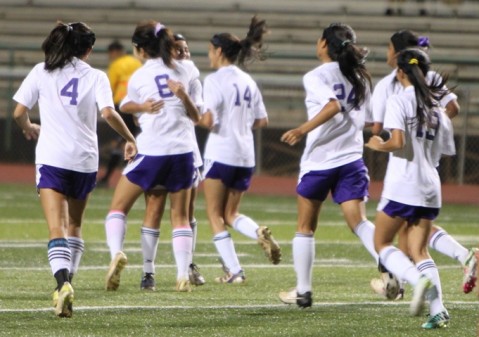 Alix Suwa is congratulated by teammate Kristin Maeno after scoring the winning goal in the second half against Kahuku.