The Lady Chargers and Lady Cougars played to a 2-2 after two overtime periods. Pearl City won the match 3-2 after winning a penalty shoot-out period 3-2.

Mililani defeated Kahuku 2-1 in two overtime periods in last night's first semifinal match up to advance to the OIA championship game which is scheduled for 7:00pm at Kaiser High School.

Kahuku and Kaiser will play for third place at 5:30pm.

Mililani (9-0) and Pearl City both represent the OIA Red Western Division. Mililani finished the regular season atop the league standings at 8-0-0. Pearl City finished in second place tied with Kapolei at 6-1-1. A coin flip won by Pearl City decided the league's second spot in the OIA Red Championship Tournament.

Mililani and Pearl City met during the regular season on December 4, 2012 with the Lady Trojans winning the match 3-0. 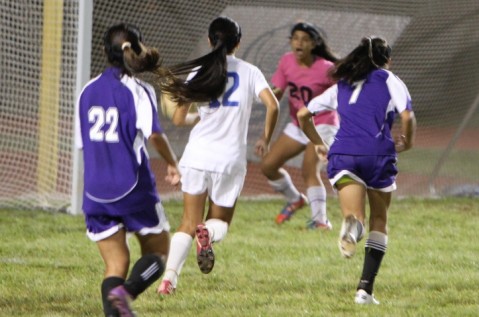 Pearl City's #7 Ashley Aganos approaches the ball that bounced off the goal on a throw in by Kylie Wong. Aganos would score to tie the game at 1-1 in the first half. 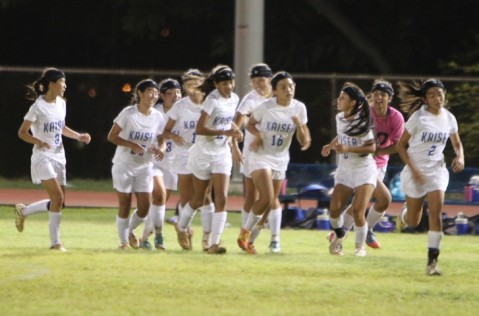 The Lady Cougars rally around their teammates after scoring late in the fourth quarter to tie the game at 2-2. 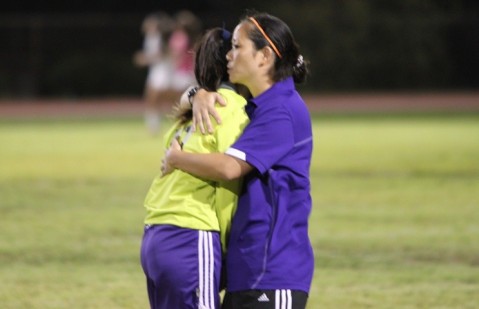 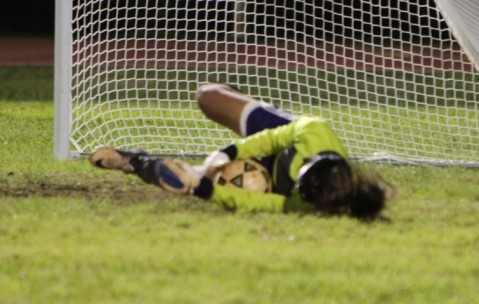 Sydney Young blocks the final Kaiser shot to win the penalty shoot-out 3-2, the game 3-2 and a chance to advance to the OIA Red Division Junior Varsity Championship game against Mililani.