Pearl City ended their OIA Red West Division regular season last night at Aiea High School with a 1-0 win over the Na Ali'i behind the foot of Devin Ajimine who scored the winning goal.

The Chargers move on to play Castle in the first round of the OIA Red Division Championship Tournament on Tuesday, January 22, 7:00pm at Pearl City High School. 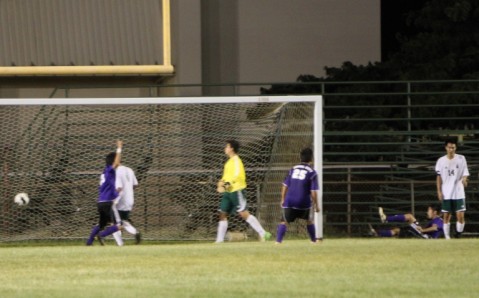 Devin Ajimine (far right, on ground) fires in the winning goal in the second half to give the Chargers a 1-0 win over Aiea. 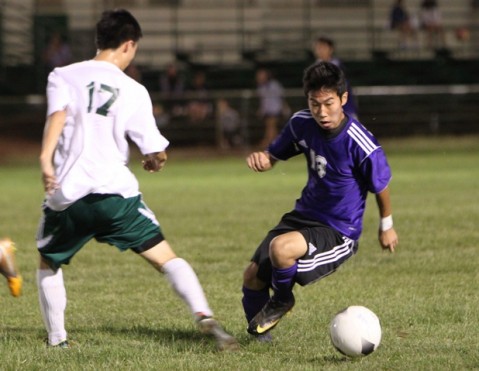 Pearl City's #13 Lane Tomita pictured in action against Aiea. Tomita led the Chargers in scoring during the regular season with 9 goals.