Over 100 premium potted roses were on sale during the annual HRS fundraiser plant sale. The many varieties of rose plants that were made available for purchase were personally handed-selected by veteran members of the Honolulu Rose Society.

"Today we are holding two workshops and it’s a workshop based on general rose growing and rose care," said Cariaga. "It's also an introduction to our rose school that we will be having which is a series of four workshops. There will be one workshop every month starting in March. It will go from March to June. The classes will be held on the fourth Saturday of every month from 10:00am to 11:30am. The focus will be on different topics of rose growing like planting, fertilizing, bugs and diseases."

In an effort to increase Honolulu Rose Society membership, the HRS generously donated a free rose plant to those who signed up to become a new member.

"Anyone who joined today received a free rose plant and became a new member of the Honolulu Rose Society," Cariaga said.

Saturday's HRS Plants Sale Fundraiser and Rose Care Workshop was also a part of the Urban Garden Center's "Second Saturday at the Garden". Urban Garden Center Master Gardeners held a plant sale and were available to answer gardening questions from the public.

To learn more about the Honolulu Rose Society and to sign up for upcoming workshops and to become a member, log on to: www.honolulurosesociety.org.

For more information and directions to the Urban Garden Center in Pearl City, log on to: http://www.ctahr.hawaii.edu/ougc/ 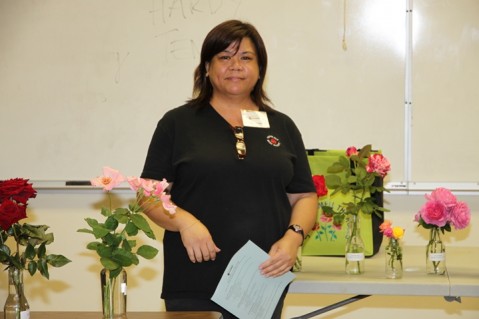 Honolulu Rose Society President, Myrna Cariaga pictured on Saturday, February 9, 2013 inside one the Urban Garden Center classrooms as she prepared to instruct a pair of workshops on growing and caring for rose plants. 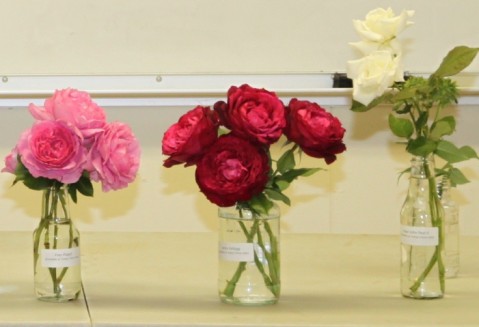 A beautiful display of roses presented by the Honolulu Rose Society. 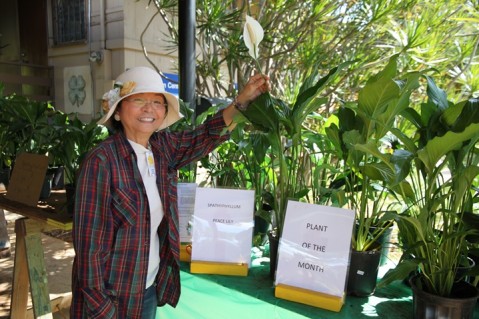 Certified Master Gardener Jesse Kojiro shows off a Peace Lily plant that was featured as the February Plant of the Month. Several Peace Lily plants were on sale during the Urban Garden Center's "Second Saturday"at the Garden" plant sale.