The Chargers compiled a total of 61.5 points in the championship rounds. Kamehameha-Kapalama won the team championship state title with 178.00 points.

Pearl City Chargers Head Coach Mike Lee was proud of his boy's performances and how they placed in the championship rounds and is also optimistic about a making a stronger return in next year's championships tournament.

"The boys, they did good, they did well," said Coach Lee. "You know Blake, two time state champ, Kristian and Paul also came through. We wish we could have had more, but hopefully next year."

152 pound champion Blake Cooper won his second title up from the 145 weight class from a year ago. Cooper brought a high level of confidence into his championship bout against his opponent Andrew Kahalewai from Kamehameha-Maui and was also quick to give thanks to the man above for his success.

"This is really exciting, I can't explain it," said Cooper. "I felt confident. I knew I was going to win. It was just a matter of doing it. I would like to thank God for everything. Without him I wouldn't be where I'm at." 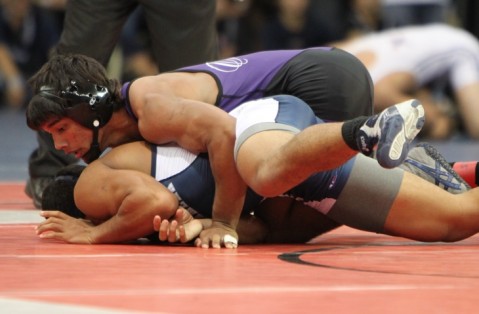 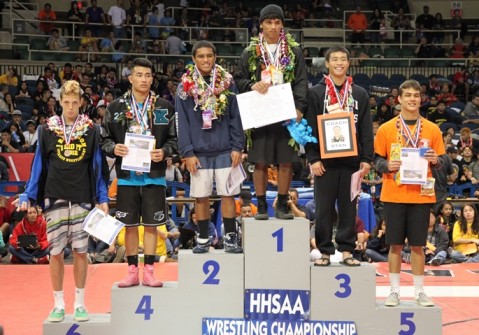 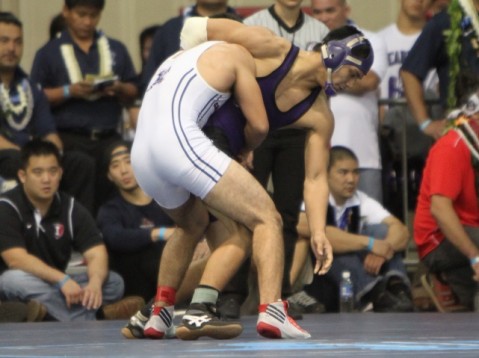 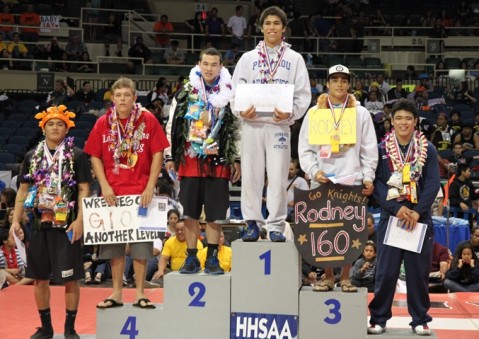 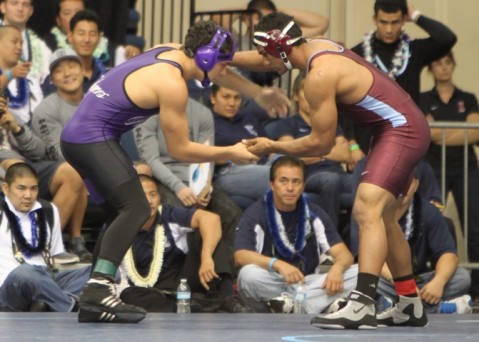 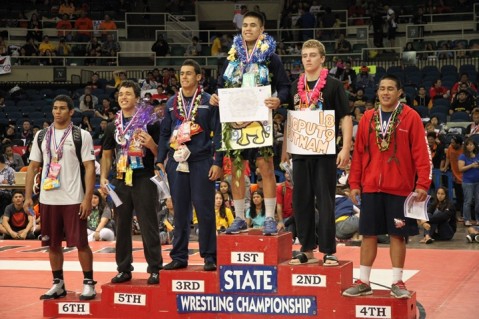