Pearl City notched a 4-2 win over Aiea on Wednesday to end a three-game slide in OIA Red Western Division competition. Tanner Tokunaga provided the firepower from the mound for the Chargers holding the Na Ali'i to five hits over seven complete innings. Teammate Sean Milan displayed exceptional power from the plate with a two RBI triple in the bottom of the three-run fourth inning that put Pearl City up 3-1.

Jaryn Nakamoto took the loss for Aiea. Both teams pulled even at 3-3 in league play.

Pearl City erased a 1-0 deficit in the bottom of the fourth inning on an RBI single by Matt Tsutomi off of Aiea starter Jaryn Nakamoto that scored Tanner Tokunaga from second base to tie the game at 1-1. Next batter Kamalu Neal hit a singe to right field advancing Tsutomi to second base. Isaiah Aribal came into the game as a courtesy runner for Neal at first base. Next batter Kyle Tom grounded out moving both runners up to second and third. Sean Milan stepped up and hit a two RBI triple scoring Tsutomi and Aribal. Shaye Higa flied out to left field off of Aiea reliever Jaycob Alcantra for the third out. Pearl City took a 3-1 lead.

The Chargers put up another run in the bottom of the sixth inning on an RBI single by Kyle Tom that scored courtesy runner Isaiah Aribal from second base. Pearl City led Aiea 4-1 heading to the top of the seventh inning.

The Na Ali'i scored their final run of the ball game on an RBI triple by Jared Uyeda that scored Elijah Tausaga from first base.

Pearl City hits the diamond on Saturday, March 23 with a home game against Kapolei at 11:00am. 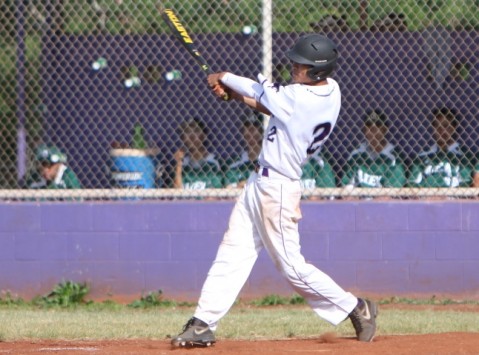 Sean Milan slams a two RBI triple in the bottom of the fourth inning that put the Chargers up 3-1. 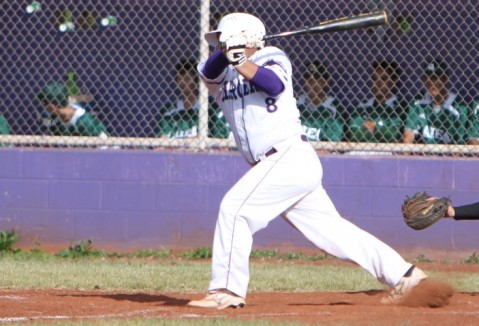 runner Isaiah Aribal from second base. The Chargers increased their lead to 4-1 over the Na Ali'i. 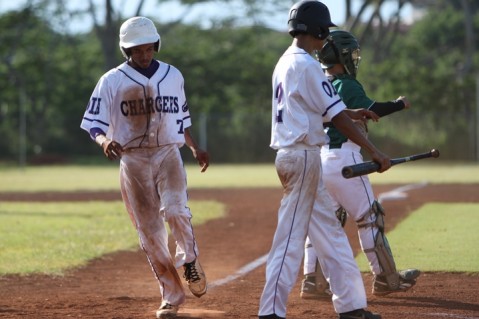 Isaiah Aribal scores from second base on Kyle Tom's RBI single in the bottom of the sixth inning.

Aribal plays an integral role for the Chargers on offense with his speed and ability to score. 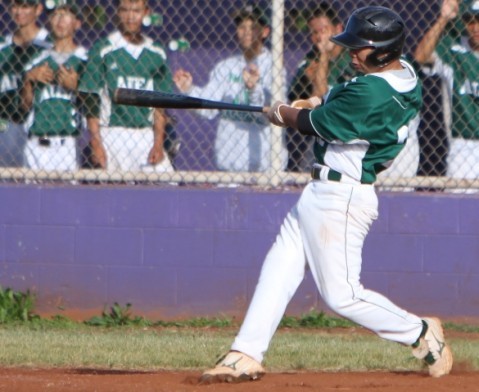 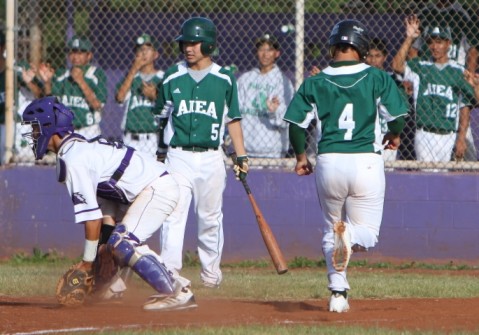 Elijah Tausaga scores from first base on Jared Uyeda's RBI triple in the top of the seventh inning.