Makana Kekaulike drove in Taylor Kawakami from third base on a sac fly to center field in the bottom of the eighth inning for the game winner.

Lady Charger’s starting pitcher Kristin Frost went the distance for the win. Frost allowed no runs on 2 hits with 2 strikeouts. It was the second win over the Lady Mules this season for Frost. Frost stopped the Lady Mules 6-0 in a complete game on February 28, 2013.

Leilehua starting pitcher Taezha Cordero had an outstanding performance on the mound for the Lady Mules in the loss to the Lady Chargrers. Cordero pitched 7.67 innings allowing 1 run on 3 hits with 3 strikeouts and 5 walks.

Pearl City Lady Chargers Head Coach Keoke Behic was proud of his team and how they came through on offense and defense in the win against Leilehua on Thursday. He was also pleased with the pitching performance by freshman hurler Kristin Frost.

"I always say if we pitch good, play good defense and get timely hitting, good things will happen for us," said Coach Behic. "Today Frost pitched a hell of a game. She took a no-hitter until the sixth inning. We had runners in scoring position every single inning and we didn't clutch up and in the eighth inning we clutched up.

Thursday's win to open the second round was an important victory for the Lady Chargers to have any chance at finishing the regular season in the top six of their division and earn a spot in the OIA Red Division Championship Tournament.

"As far as the win is concerned, it's big because it takes us a little closer not being at the bottom," Coach Behic said. "Only the top six teams make it and only one team doesn't and we want to be in the top six, no matter where the spot. We need every win. Our season could have been totally different. We could have been 4-0 going into Campbell. We just couldn't close. Today we did."

First challenge in accomplishing a top six finish starts this Saturday with a rematch against Kapolei at Central Oahu Regional Park. The Lady Hurricanes beat the Lady Chargers in a tough 4-3 loss on March 2.

"Hopefully we can get Kapolei back on Saturday and next week we have Waipahu and Waianae, Coach Behic said about his teams upcoming second round schedule. "If we can get those games we'll be sitting pretty plus the confidence in the team is big towards the end, so we want to try and peak now. This was a good first win in the second round for us. We have to continue to climb." 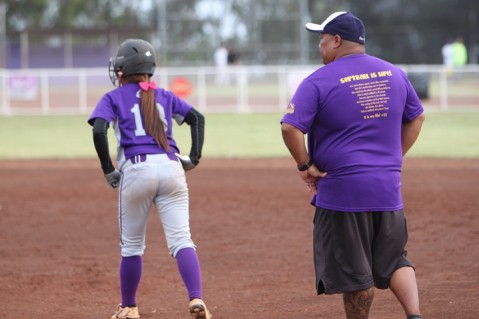 Taylor Kawakami reached first base with a lead off walk. 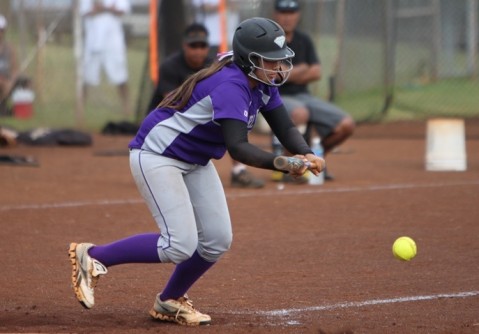 Naomi Hernandez-Hama advanced Kawakami to second base on a sac bunt. 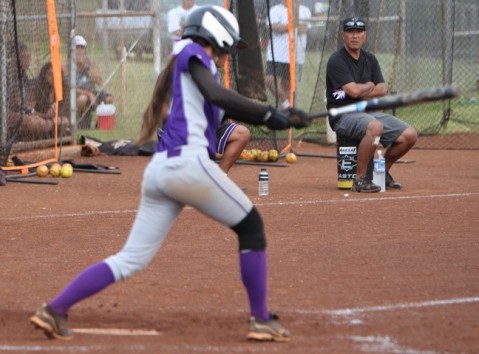 Robi Kami stroked a one out double to left-center field that advanced Kawakami to third base and put Kami on second in scoring position. 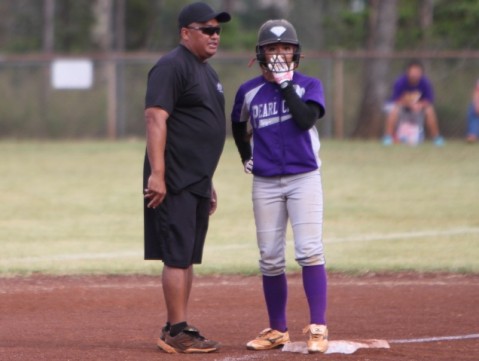 Taylor Kawakami pictured in scoring position at third base with one out. 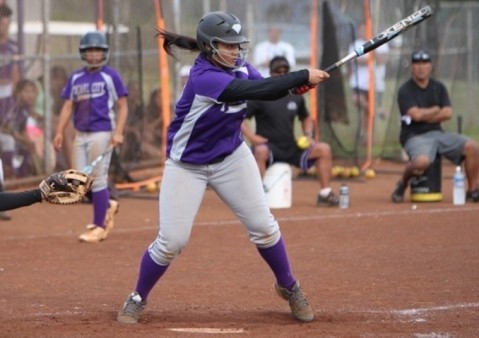 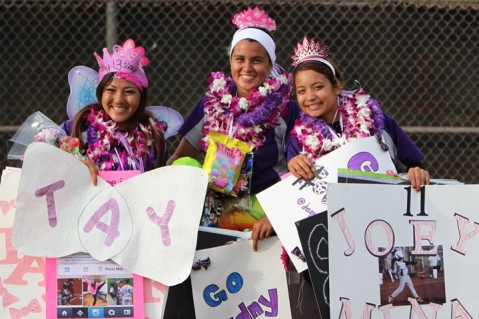 One last trip around the bases at home! 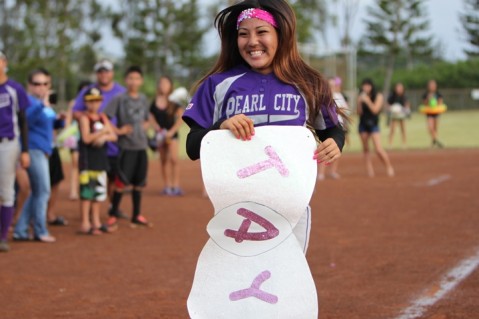 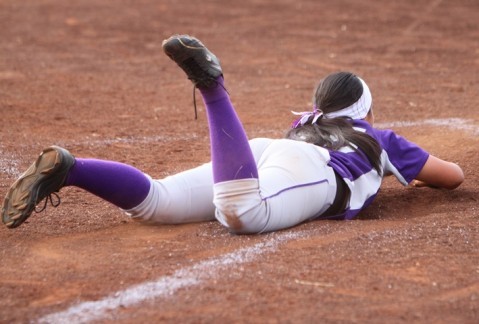 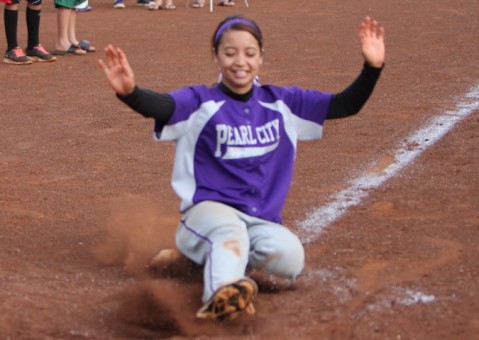 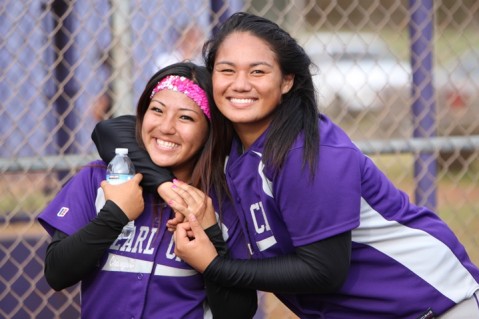 Makana and Taylor teamed up earlier to bring home the winning run in the bottom of the eighth inning.