As the threat of darkness began to descend upon the playing field at Kailua High School on Thursday during the Kailua vs. Pearl City OIA quarterfinal match up, a very vocal section of Kailua Surfriders fans positioned near the first base line let their team know that time was running out as the game entered the bottom of the rwelve inning.

The call came from the Surfrider supporters to get it going and win the game, now!  It worked, as the Surfriders scored the winning run in the bottom of the twelve inning breaking a 1-1 tie and taking the ball game 2-1.

The win over the Chargers advanced the Surfriders into today's OIA Red Division Championship Tournament semifinals against the Campbell Sabers at Hans L 'Orange Field in Waipahu. The Surfriders and Sabers will follow the Mililani Trojans vs. Leilehua Mules semifinal game scheduled for 3:30pm. Both games will be televised live on Oceanic Cable's OC 16.

Sean Milan was the workhorse for the Chargers from the mound pitching ten complete innings while allowing one run on seven hits with ten strikeouts and no walks. Milan pitched a great game for the Chargers.

Dane Kaneshiro took the loss for the Chargers in relief allowing one run on one hit with one strikeout and one walk.

Royce Komesu led Kailua at the plate hitting 2-4 with an RBI.

Jason Komoda hit 1-5 while driving in the Chargers only run with an RBI single.

Pearl City will host Kaiser in a semifinal match up for 5th place in the tournament. Castle will host Waipahu in the other semifinal game. Both games are scheduled for 3:30pm. The top six teams in the OIA Red Division Championship Tournament will qualify for a state tournament berth.

Kyle Tom reached first base on an interference call on the catcher to lead off the inning. Next batter Sean Milan moved Tom to second base on a sac bunt. Shaye Higa walked putting runners on first and second. Dane Kaneshiro flied out to center field for the second out. Jason Komoda hit an RBI single to center field scoring Tom from second base. Next batter Tanner Tokunaga grounded out for the third out leaving two runners on base.

Wade Lono reached first base after stroking a single to center field with one out. Next batter Kahaku Iaea was hit by a pitch. Kailua had runners on first and second with one out. Kaliko Kaimana came in as a courtesy runner for Lono at second base. Next batter Peter Kanoho punched a single off of Pearl City starting pitcher Sean Milan into left field scoring Kaimana from second base to tie the score at 1-1. Joseph Byers came into game as a courtesy runner for Iaea at second base. Kailua had runners on first and second base with one out. Milan struck out Royce Komesu and Noah Auld in order to end the inning.

Royce Komesu led off the inning with an infield single. Pilipo Kupahu came into the game as a courtesy runner for Komesu at first base. Next batter Brendan Oda moved Kupahu to second base on a sac bunt. Pearl City intentionally walked Corey Louis-Soares to put runners on first and second with one out. Next batter Wyatt D'Alessio hit a grounder to second base for the second out but the throw to first base got past Kyle Tom at the bag allowing the lead runner Kupahu to score the winning run from second base. 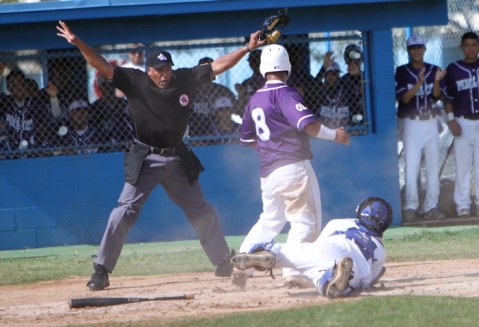 Kyle Tom scores the first run of the ball game on Jason Komoda's RBI single in the top of the second inning. 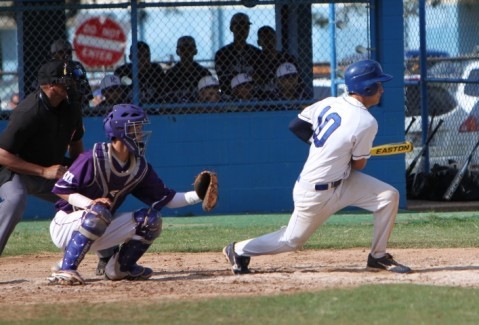 Kaliko Kaimana from second base to tie the score at 1-1 in the bottom of the fourth inning. 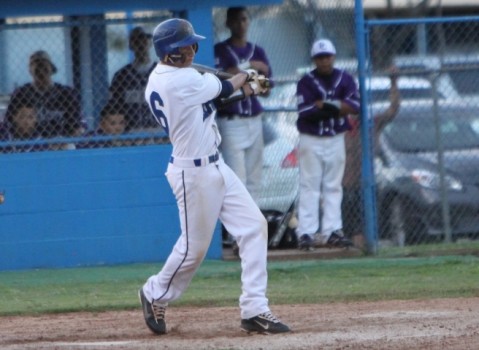 with the winning run in the bottom of the inning. Pearl City attempted to turn a double play off of 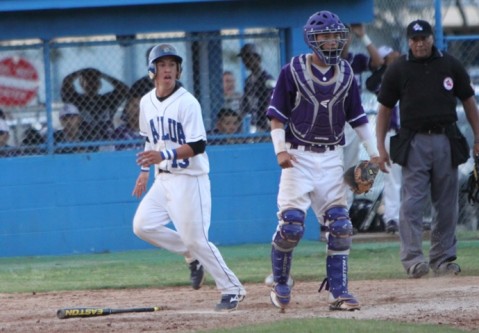 throw from second base to first base get past the Kyle Tom at the bag.