Bonsai plant enthusiasts turned out in numbers on Saturday at the annual Pearl City Bonsai Club Exhibit & Plant Fair held at the Pearl Ridge Elementary School cafeteria. Stunning Bonsai plants, true works of art, were on display as well for sale during the event that ran from 9:00am to 2:00pm.

A special part of the event featured a beautiful collection of rocks called "Suiseki" which means "viewing rocks" in Japanese. The collection also included what I'm identifying as, "The happiest rock on the planet". The rock actually has a happy face carved out complete with eyes, nose, and a big smile. Pearl City Bonsai Club member Robert Reyla is the owner of the happy rock that he found while on a trip to Colorado. I spoke to Reyla while he was overseeing the Suiseki collection that was on display on Saturday at the Pearl City Bonsai Club Exhibit & Plant Fair.

"I found a rock at a hotel landscape in Colorado," said Reyla. "I went to the desk and asked them if I could have a rock and they said go ahead. I saw that rock and I picked it up. It smiling at me with a happy face so I picked it up. It's part of the Suiseki rock collection here today. These rocks are collected from all over the world."

Pretty impressive I must say. If you would like to learn more about the Pearl City Bonsai Club log on to: 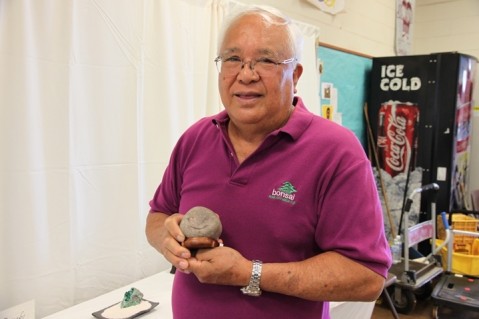 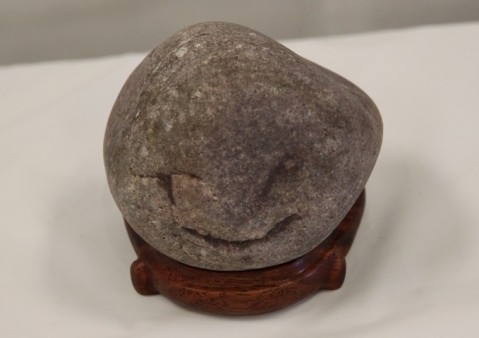