The United States featured New York City (the Big Apple) and the Statue of Liberty while Hawaii shared the   gift of Aloha.

The students also presented their research papers, artifacts, and in some booths, native foods from the country that they represented. For example, Greece made available the very popular gyro sandwhich.

Pearl City Elementary School Principal Dr. Susan Hirokane was proud of how hard her students and teachers worked the past couple of months to prepare for the Tour of the World event. The end result was an obvious success on Wednesday as Principal Hirokane made her way around the grounds from country to country listening and observing as students made a deeper connection with their families and their culture.

"Our "Tour of the World" celebrates the diversity and cultures and hopefully the multi-generational families who share their pride in the different languages," said Principal Hirokane. "What I've heard a lot about tonight is a lot of the young third generation were explaining in the native tongue to the grandparents the significance of the artifact and research papers. The children did a lot of research. They had to study geography, social studies, science and math to understand the different topography of the country, the climate, language and cultural beliefs and values. They even had authentic currency and authentic jewelry because they were able to contact their relatives in the foreign countries."

Speaking of authentic currency, if you were interested in learning about a specific countries currency, there was a World Bank booth at the event that featured a currency rate exchange. Now, if you had a little extra currency to spend, there was a general store that was filled with inexpensive merchandise for sale from all around the world.

There were so many things to do and check out throughout the two and half hour event that ran from 5:00pm to 7:30pm. It was a lot of fun visiting so many countries and learning about their cultures without even leaving the Pearl City Elementary School campus. There was a lot of hard work from everyone at the school that made that experience possible.

I would like thank Principal Hirokane and the Pearl City Elementary School ohana for the very special invitation. 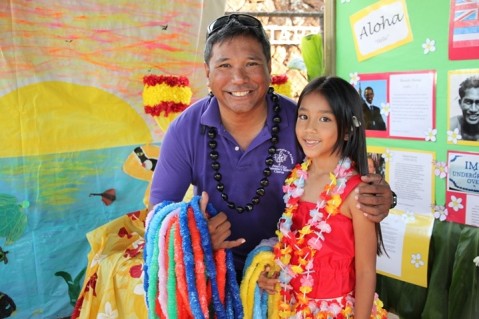 All guests were were greeted with a smile, a lei, and the spirit of Aloha on Wednesday before they

embarked on their "Tour of the World" at Pearl City Elementary School. 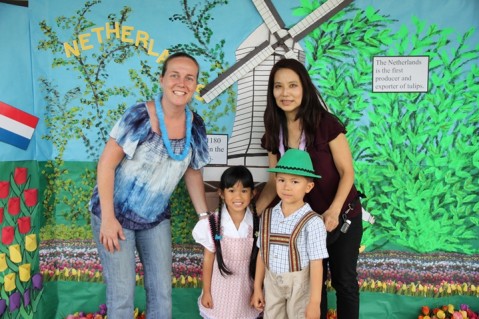 Principal Hirokane (top right) stopped in for a quick visit to Netherlands. 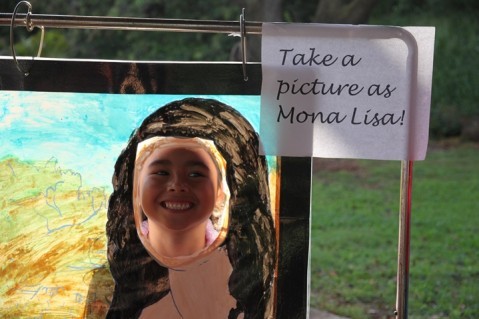 Photo by Barry Villamil | barry@mypearlcity.com
It's not every day that you get a chance to be Mona Lisa! 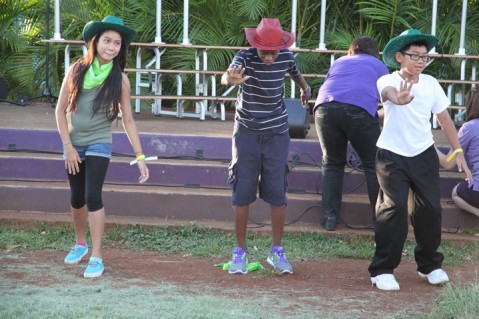 Back home in America, these students taught the crowd how to do the hoedown, with style! 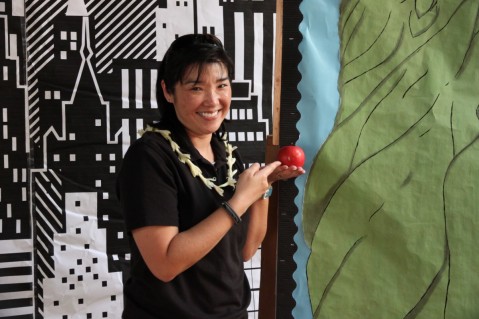 You could even take a bite out of the Big Apple (New York City) if you were hungry enough. 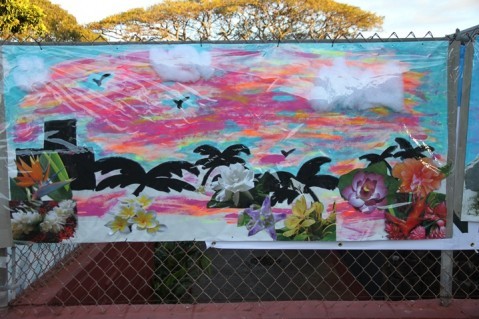 Artistic skills with beautiful works of art that were on display at the entrance to the school. 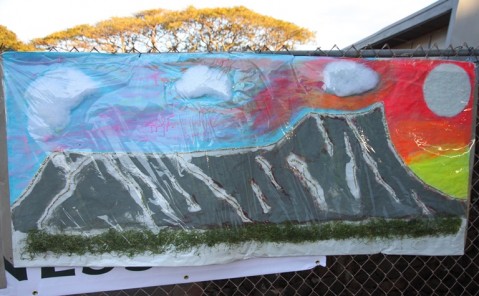 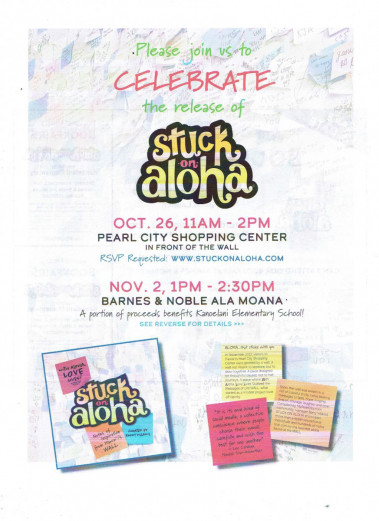 The spirit of Aloha begins at home, and wraps around our world!