Waipio advanced to the championship round of the Little League 9-10 District 7 Tournament on Sunday after defeating Pearl City 13-4 at Whitmore Field in Wahiawa.

Waipio exploded in the bottom of the third inning scoring eight runs on five hits to take a commanding 13-4 lead which would hold up the final three innings for the victory. The win over Pearl City put the Waipio in the driver’s seat the rest of the tournament. Whoever emerges from the losers bracket will have the task of beating Waipio two times in a row for the tournament championship and a spot in the state tournament to be held on Kauai in late June. 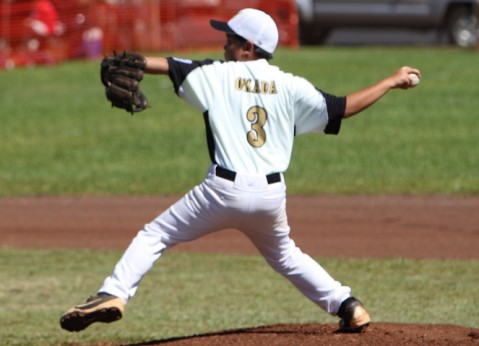 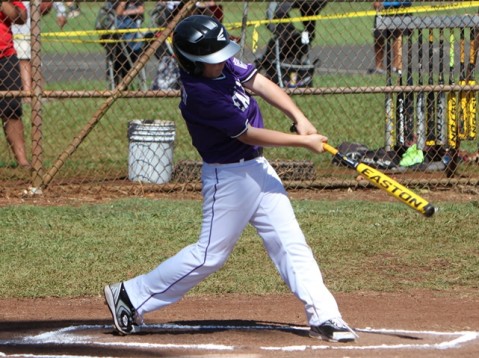 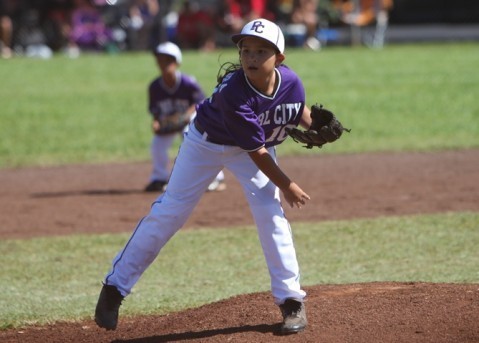 Pearl City's Keaolani Takemura pictured in relief of starter Mark Moreno in the bottom of the first inning.