Pearl City battled their way to the Hawaii Little League 9 &10 District 7 Championship game behind the arm of Micah Obara who shut out Waialua 10-0 on Tuesday, June 11 at Whitmore Field in Wahiawa.

The 10-run mercy rule was enforced to end the game after three and a half innings of play.

Pearl City scored nine runs on four hits in the bottom of the third inning to power past Waialua.

The winner earns a seed in the State Championship Tournament to be played on Kauai from June 21-25. 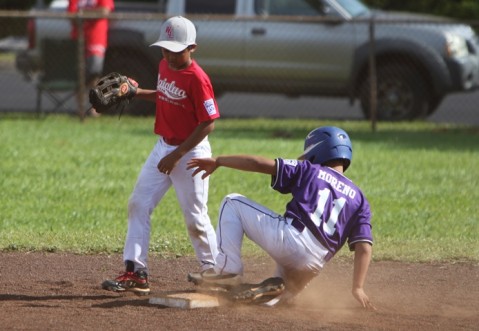 third base in the bottom of the third inning. 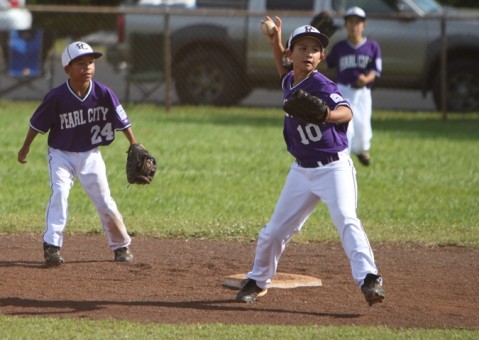 turns the back end of a double play in the top of the fourth inning.

Players from both teams congratulate one another in a sign of sportsmanship at the end of the game. 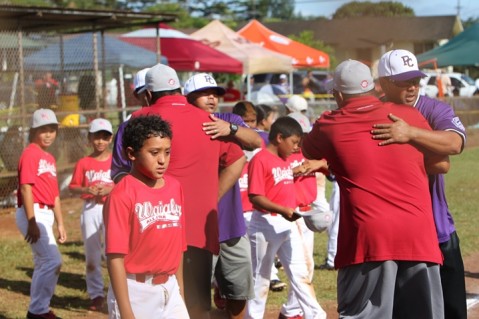 in the District 7 tournament.