Waipio captured the 2013 Hawaii Little League District 7 Tournament Championship for 9 & 10 year olds on Wednesday, June 12 after defeating Pearl City 9-3 at Whitmore Field in Wahiawa. The win advanced Waipio to the state tournament to be played on Kauai from June 21-25.

Pearl City got on the scoreboard in the bottom of the first inning to take a 1-0 lead. Waipio bats took care of business in the top of the second inning scoring six runs on five hits to take a 6-1 lead.

Pearl City came back in the bottom of the third inning scoring two runs to close within three runs at 6-3.

Waipio scored single runs in the fourth, fifth and sixth innings to build up a 9-3.

A gutsy Pearl City squad loaded the bases in the bottom of the sixth inning but failed to bring across any runs.

Also, congratulations to the Pearl City team and their supporters for a great tournament! 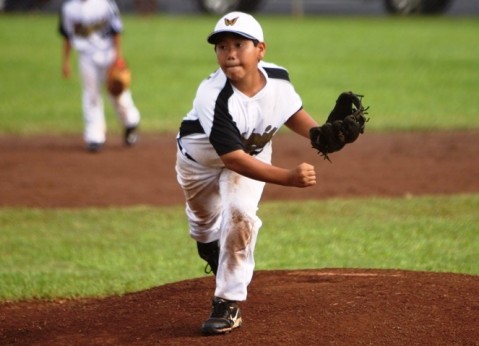 Vincent Ogasawara earned the win for Waipio. Ogasawara pictured on the mound in the bottom of 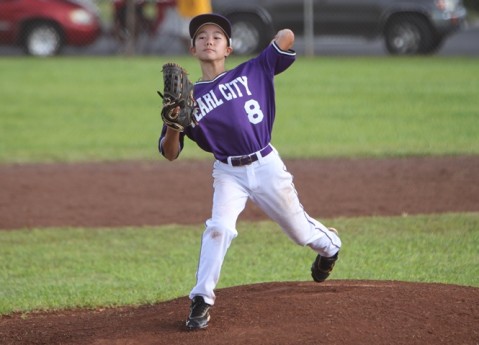