Rowena Cooper started her banking career at the age of 17 after graduating from Sacred Hearts Academy in Honolulu. She went right to work in the banking business with Bank of Hawaii. After ten years of employment at Bank of Hawaii, Rowena moved on to work for American Savings Bank where she is currently employed as the branch manager at the Pearl City Shopping Center ASB location inside Foodland Supermarket.

“I started with American Savings Bank in 1998 and I’m now going on fifteen years,” said Rowena. “I actually started at the Kahala Branch. From the Kahala Branch I went over to training. I was in training for a year. That’s training new tellers, new platform people (new accounts), and also how to work Outlook, e-mail, and the loan system. I really enjoyed the training."

“When I was at Kahala, we found out that American Savings Bank would be switching over to the system that Bank of Hawaii uses. I said, hey I know that system. I worked with that system for three years, so I went over to training. I helped create the manual. I helped train and converted the branches over.”

From her early management experience working on the Leeward coast, to her current position as branch manager here at the Pearl City Shopping Center, Rowena has always made the best of each opportunity and challenge and has succeeded in bettering banking operations such as customer service and the direct involvement in building community relationships that support the bank and Pearl City residents.

“I was the assistant manager for American Savings Bank located inside Sac N Save in Nanakuli for six years. I moved back here and we opened up the Pearl City Branch of American Savings Bank. So, I was the original crew of the first WalMart warehouse in Pearl City and I was there for almost six years too.  I just recently moved over here at the Pearl City Shopping Center Foodland Branch in June. Foodland is a bigger branch for me. There are twelve of us here at this branch. Bigger Branch, bigger goals, bigger responsibility, and I enjoy it. I have new young people so I totally enjoy it.”

Rowena is truly committed to serving the Pearl City community through her hard work and responsibilities at American Savings Bank and as a community leader with organizations such as the Pearl City Community Association where she currently serves as a PCCA Board Member.

“When I came into the Pearl City community, I knew that one of the important things for me to do to gain more business for American Savings Bank was to network and to go out in the community and say hey, I’m with American Savings Bank. If there’s anything that we can do to help support the community, I’m here. A big step that I took was to join up with the Pearl City Community Association. I said I should go into the community and start meeting the people that work here so that they know that they can come to me for any kind of help with community events.”

A big part of American Savings Bank’s commitment to the community is the “Bank for Education” program that supports our schools and students. The program is currently underway at all ASB branches.

“With American Savings Bank, we have a campaign called “Bank for Education” that started about four years ago. “Bank for Education” is a way for American Savings Bank to give back to the community. We’re giving approximately $200,000 dollars to public and private schools that want to participate in the campaign. There are three categories of schools. The first is Category A which is up to 300 students. Category B is 300 – 600 students, and Category C is from 600 enrollment and above. Schools in each category can win a grant of $50,000.  They can win the grant by getting the most designations. There are two ways of getting designations. One is two open up a checking or savings account. A customer can come into an American Savings Bank and say I want to open up a checking or savings account, or they can open both and that will be two designations. They can get $10.00 per checking or savings and that’s one designation. The other designation that they can also get without opening an account is to do their first mobile capture deposit on that new account. They would get a second designation which is another $10.00. Maximum designation’s is $20.00. The $50,000 grand prize or grant money, that’s $50,000 that we would give, along with all these $10.00 designations are also given to the schools. They get that too."

Our Lady of Good Counsel School in Pearl City won over $50,000 in the Category A Division (up to 300) a couple of years ago and put their winnings to good use with improvements to their basketball and volleyball courts as well as upgrading to new technology teaching tools in each classroom.

“Two years ago, our Lady of Good Counsel School in Pearl City won the $50,000. They were so excited that they won. They were able to fix their black top where they play their basketball and volleyball sports as well as tournaments. They also purchased new Promethean boards. The Promethean board is like this tool that they use. It's a projector that's attached to a laptop. So when a teacher uses the laptop to do her lessons, they can write on the Promethean. It's an interactive type of tool. All of the classes were able get that too."

A benefit to all winners is the luxury of using the $50,000 dollars and designation funds received without limitations on how to spend it. A questionnaire was sent to all schools in our Pearl City district requiring the schools to fill out and return by a specific date to be eligible to participate.

“The schools can use the $50,000 for however they want to use it.  It’s an awesome program. This year we have three schools in the Pearl City area that signed up from a questionnaire that was sent out to the schools. This year, Pearl City High School, Highlands Intermediate, and Our Lady of Good Counsel were the schools in our district that submitted the form in time and is participating in the Bank for Education program. It would be awesome to have all these three schools win in our district.”

Rowena’s Pearl City Shopping Center ASB Foodland Branch, along with the other Pearl City ASB Branches, work closely with the schools to support and guide them through the entire campaign and ultimately towards winning a grant.

“The American Savings Bank branches here in the Pearl City area, and that’s Pearl City WalMart, Pearl City and Pearl City Foodland branches here in the Pearl City Shopping Center, are all trying to make sure that we stay in contact with the schools and help support them. We want it to be a fun thing because we want to try and make sure that we have a winner in our Pearl City district. The campaign runs from September 23 to December 13, 2013. The schools find out who wins on January 4, 2014. The schools can go to: www.asbhawaii.com/bankforeducation to start tracking how many designations they have starting October 3rd.

The new ASB Moneyhune account offers keiki a chance to open an account, learn how to bank, and participate in the campaign.

“The accounts that you can open is not only for adults, but it’s also for kids. This year, we’re introducing the Moneyhune account where any kids from 18 years old and younger can open up their own account using their social security number, sign the signature card, and they’re the owners of this account. They’ll learn how to budget money, bank, and save money."

Rowena is a true asset to our community. Three of her four kids attend schools in Pearl City and she is grateful for the opportunity to watch her family grow and work in a community that she loves.

“Two of my kids go to Pearl City High School and my ten year old goes to Our Lady of Good Counsel School. This is where I live, work, and play. I love the Pearl City community. The people here are awesome! I wouldn’t want to move from here at all.” 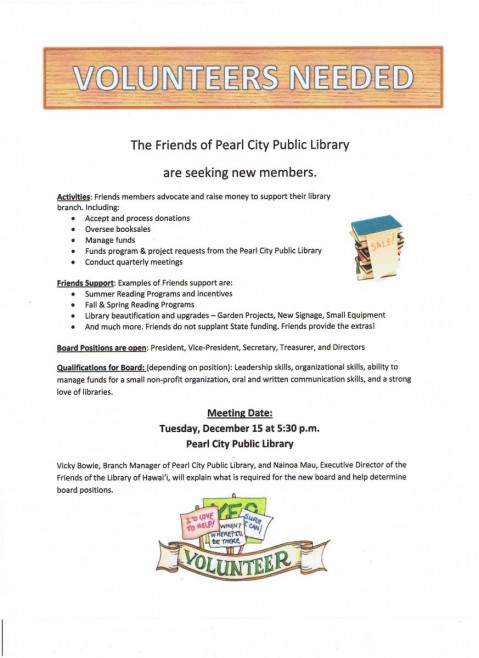 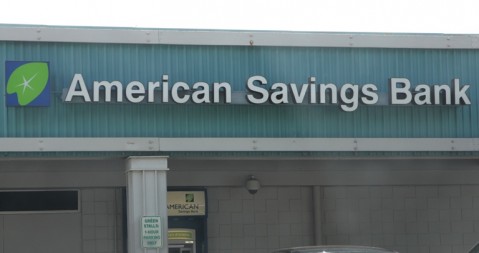