Nobody would have guessed that last night's OIA White Division regular season finale between the high powered offenses of both the Pearl City Chargers and Radford Rams would be a low scoring 7-6 ball game won by the Chargers that was decided by an extra point conversion.

The Chargers entered John. E. Velasco Stadium with a regular season record of 5-2 and after beating the Rams, forced a 3-way tie for second place with Radford (6-2) and Kalani (6-2). A couple coin flips are scheduled for today tha will decide seeds 2,3,and 4 in next week's OIA White Division Championship Semifinal Playoffs.

Pearl City's two losses were to Kalani to open the season and Kaiser last week. Radford lost to Kaiser and Pearl City. Kalani lost to both Kaiser and Radford. The Kaiser Cougars sit in first place at 8-0.

The game was packed with high intensity drama and several opportunities on both sides to put points on the scoreboard. The Rams went 0-5 on fourth down attempts with the big blow coming with :50 seconds remaining in the fourth quarter with the ball on the Pearl City 6 yard line. Radford QB Cody Liu-Yuen threw a pass to the right side of the end zone that missed it's mark and resulted in the ball being turned over to the Chargers on downs. Pearl  City ran out the clock for the win.

Overall Pearl City Chargers Head Coach Robin Kami was once again proud of his team's performance against a tough opponent. "Tonight was a good win," said Coach Kami. "It was a good day for the Pearl City community. I thought it would have been a higher scoring game but once again our defense put them against the wall and they came through for us. Our offense struggled a bit but our defense came through. On last series they dug real deep, all heart. I give credit to my coaches who did a good job on game planning this week." 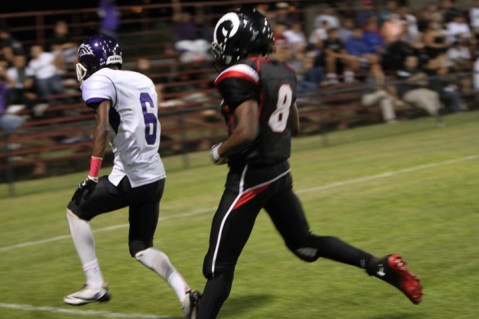 QB Jordan Taamu in the second quarter. The Chargers took a 7-0 lead after Dominic Maneafiga's PAT. 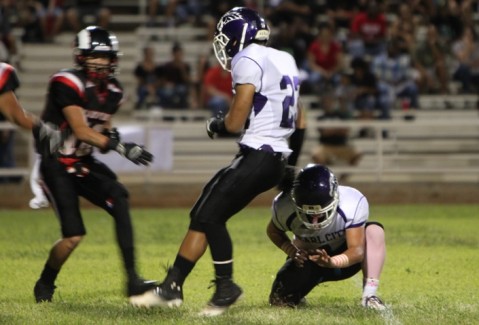 Dominic Maneafiga's converts the PAT out of the hold of Timothy Rivera. 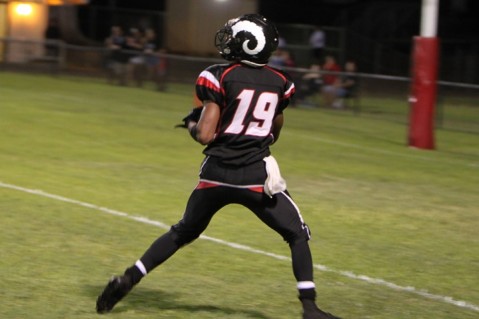 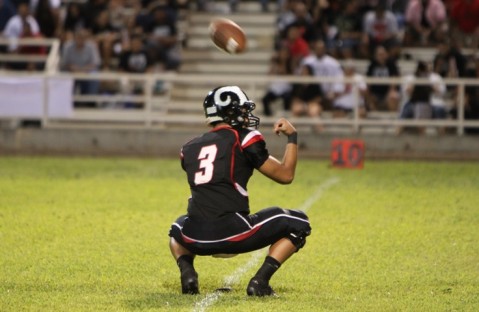 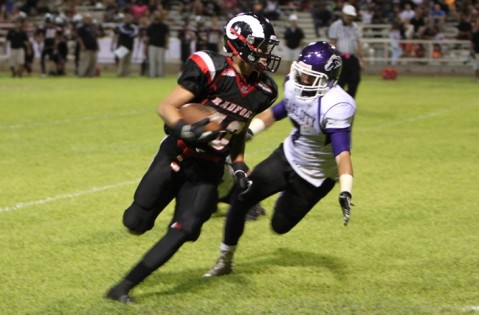 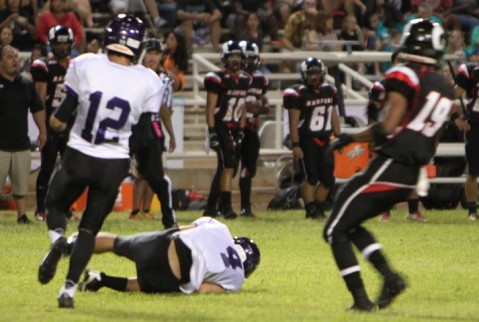 Kristian Vaana Kikuyama picked off a pass with 9:05 on the clock in the first quarter. 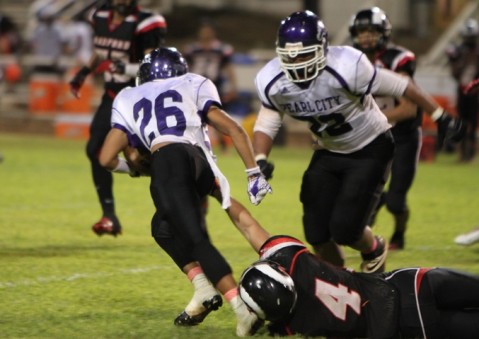 clock in the third quarter. Abero led the Chargers ground game rushing for 54 yards on 6 carries. 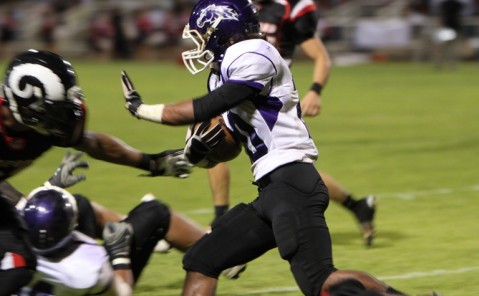 Pearl City's Blake Cooper played a key role on both offense and defense as well as special teams. 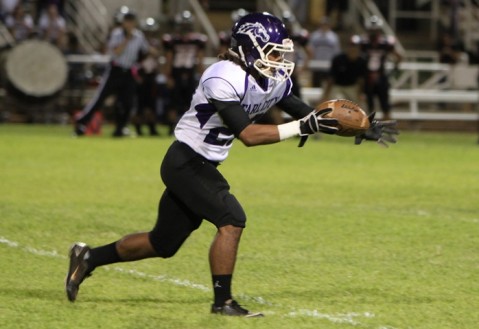 Cooper is also the Chargers punter pictured here punting the ball away in the first quarter. 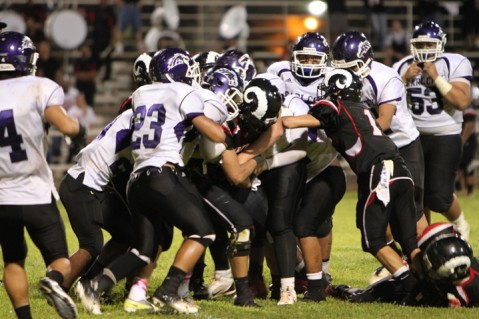 with less than a minute remaining in the ball game. The Chargers stopped the Rams on 4th down. 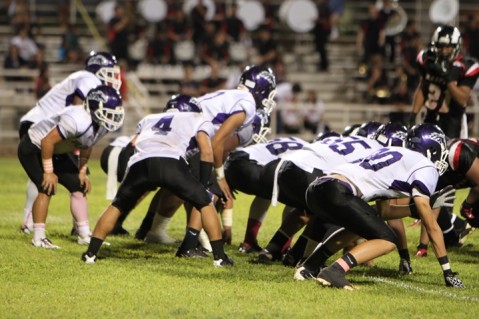 Pearl City QB Jordan Taamu is set to take a knee to run out the game clock and seal the win. 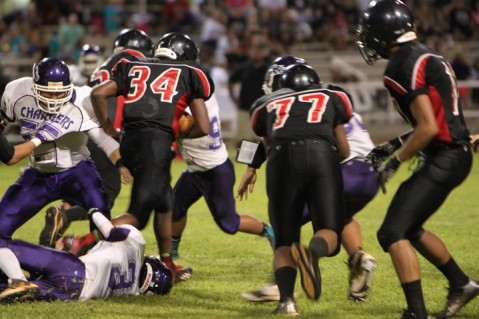