The bands did a great job marching, dancing, and featuring awesome solo performances throughout the festival. Their on field visual displays were exceptional and entertaining. Kapolei High School created a four panel image of Stevie Wonder while marching to a couple of his favorite hits.

Mililani High School brought down the house with a performance that depicted the fate and legend of Joan of Arc. Awesome job!

Mahalo to the Pearl City High School Band Program under the direction of Chadwick Kamei, Lee Ikeda and Christopher Lopez for their leadership and commitment to the PCHS Marching Band Program as well other OIA schools and their programs with events like the Annual Oahu Marching Band Festival.

The Pearl City High School Music Learning Center and corporate sponsor Finance Factors make it possible for the bands to represent their schools while showing off their music and marching skills in front of an audience that truly appreciates their talents and hard work. 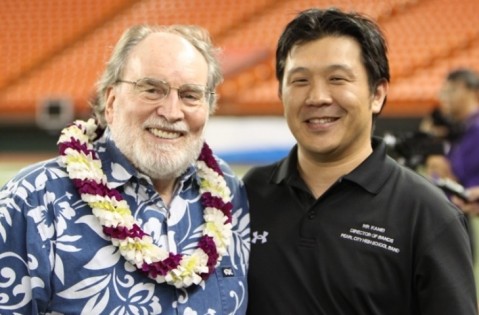 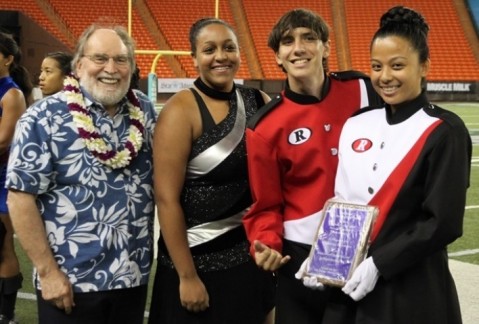 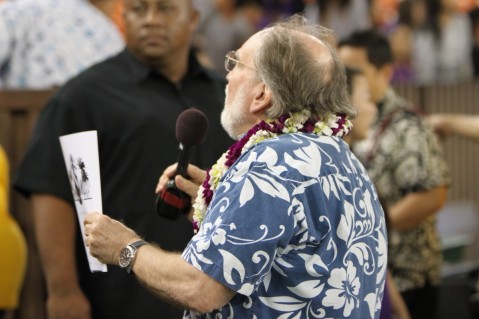 on the bands. The Governor presented words of gratitude for the musicians talents and love of music. 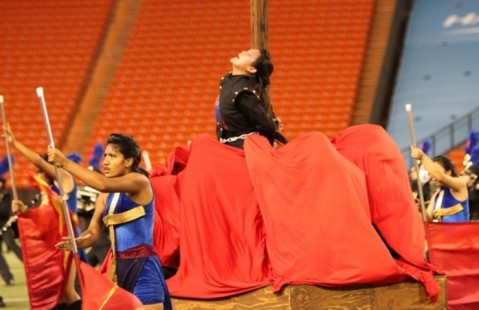 Mililani High School's presentation of Joan of Arc being burned at the stake. 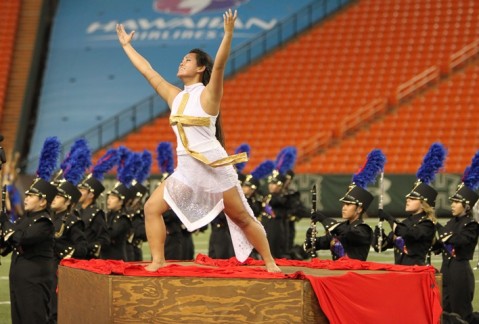 Joan of Arc being reborn in the afterlife.