Vex robotics teams representing forty middle and high schools from across the state will gather at Honolulu Community College on December 20-21, 2013 to compete in the inaugural Hawaii VEX State Championship, presented by Hawaiian Electric Company. The event is free and open to the public.

“For the robotics teams and individuals, the state Championship is a brand new event comparable to regional Olympics in terms of the level of competition, skill and discipline required,” said Art Kimura of the VEX Steering Committee. “In this ‘sport,’ the students are using science, technology, engineering and math skills to maneuver their robots in a fast-paced, exciting game challenge to score points. While they are having fun, the students also are developing life skills that are vital to success in a 21st century global market.”

The Highlands Intermediate School robotics team from Pearl City has already qualified for December's Hawaii VEX State Championship. Highlands is one of 139 Hawaii VEX teams who competed this year in one or more of 10 island qualifying tournaments. The top ten Hawaii teams competing in the state championship will advance to the World VEX Robotics Championship held in Anaheim, California in April of 2014. 500 teams from around the globe will compete for a world championship title.

"Toss Up" is a new game being introduced to the 2013-2014 VEX challenge. Teams will be challenged to build innovative robots to outscore their opponents. The competition will take place on a playing field similar to an athletic court. To earn points, the teams will use red and blue colored balls of different sizes and will be challenged to exhibit their skills while directing their robots to designated zones to place the balls and score points. HECO volunteers will serve as judges during the "Toss Up" competition and will also monitor and reset the field elements between matches.

“VEX competitions inspire and motivate students to pursue STEM-related careers and we’re fortunate to have a sponsor that recognizes the value of investing in a new event,” added Kimura. “Hawaii continues to rank in the top 10 of all 50 states in the number of VEX teams participating. This is encouraging news for Hawaii as there has never been a more pressing need for new scientists, engineers and problem solving leaders to help us meet the global challenges facing our future.”

Mahalo to Hawaiian Electric Company for their continued support of our community, and the influential role that the company plays in enhancing the educational experience and intellectual growth of our students. 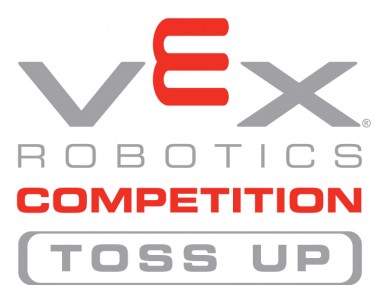