Representatives from the Pearl City Community Association's Board of Directors presented each of the PCHS championship teams with a check in the amount of $100.00 as well recognition certificates from the PCCA for their amazing accomplishments.

"It's always an honor to recognize State Champions at PCHS. The PCCA will continue this tradition. Thank you to mypearlcity.com for capturing and sharing this moment of pride and joy  to share with the community and other followers statewide. Mahalo."    ….."Warren Hiromoto, President, PCCA

"The boys did very well. They handled the pressure well because all the kids were mostly experienced already. The win felt great because that was the record. Aiea High also had the record with three state titles in a row. We are the first to win four in a row. This year we had good communication with everybody. They had fun together, enjoyed practice, competition, and scrimmaging. They really enjoyed themselves this year. The team practiced hard, but when competition time came around, you could see it in their faces that they really wanted it. They don't make too much mistakes. I'm happy for my three seniors because this was their last year. Also, thank you for the 100% support from our parents."

"We did really well this season. The girls really gelled together. They helped each other out.  When somebody was down with a score or bowling bad, somebody would always be there to help them out. With girls, they bowl on their emotions sometimes, and this year they just did well. We told them that this is what we gotta do and they took it, and they executed it, and took care of business. They did what they needed to do. We did a lot of team bonding this season. Outside of bowling we did other things together, as a team, and everything was for the team. I'm so proud of these girls because they really, really worked hard together. They did it on their own."

"The girls peaked at the right time towards when it counted at the OIA championships and into the states. The other teams like Punahou and Waiakea didn't really expect us to peak at the right time like at the state championships. I feel proud for the girls accomplishing winning the state championship because they work hard. With the girls we had a good balance and good experience. I would like to thank Reid Shigemasa our AD for getting us our new Challenger rifles. I knew it would be a big help for the girls and it worked." 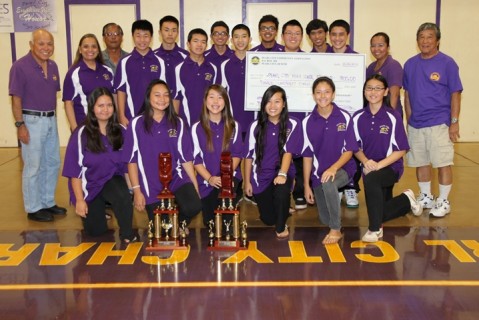 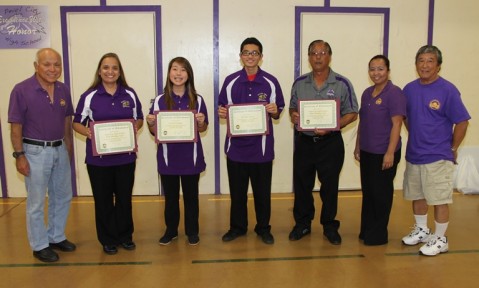 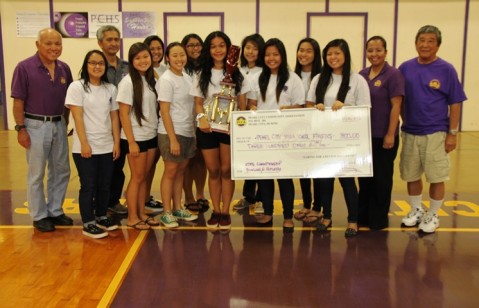 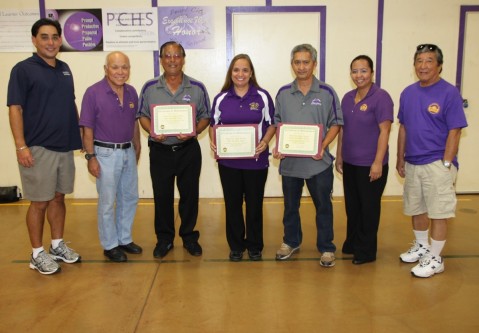