The Pearl City Lady Chargers came into the Oahu Interscholastic Association Championship play-offs at Kapolei high School seeded #5 from the OIA Western Division and after three consecutive wins against higher seeded OIA East competition, earned their way to the championship game against the OIA East champion and top seed Kaiser.

The Lady Chargers beat the Lady Cougars  2-1 last night at Kapolei High School in a thriller to capture the OIA Red Championship. After time expired in regualtion play tied at 1-1, the two two teams went scoreless through two overtime periods forcing a penalty kick shootout won by the Lady Chargers.

Kaiser's Noelle Mercado got the Lady Cougars on the scoreboard from around twenty yards at the 69th minute. Pearl City came back and tied the game on a goal by Tasha Inong in the 76th minute. Time expried in the second overtime tied at 1-1 forcing the penalty kick phase.

"She went right and they kicked it over the top," said Lady Chargers Head Coach Dr. Frank Baumholtz III. " She went left twice and blocked both of them. Jordan got the first one over the top and blocked the next two, just absolutley awesome."

Coach Baumholtz commented on the Lady Chargers will to win and positive execution on the playing field:

"They played to win and I think the true heart of this team  showed when Kaiser scored. The whole game plan was to get corner kicks for us and when we got down there almost as soon as they scored, about a minute or two later, we got a corner kick. Our corner kicker was little Randi (Fontes) who got kicked in the back of the calf in the first half so Zoe (Sano), the other freshman took the corner kick and put it right on the money and it banged back inside and Tasha (Inong) got  either a foot or body on it."

Both Pearl City (10-4) and Kaiser (11-2) earned their way to the Division I state tournament scheduled for February 5-8 at the Waipio Peninsula Soccer Complex. Pearl City will receive one of four top seeds as the OIA champion. 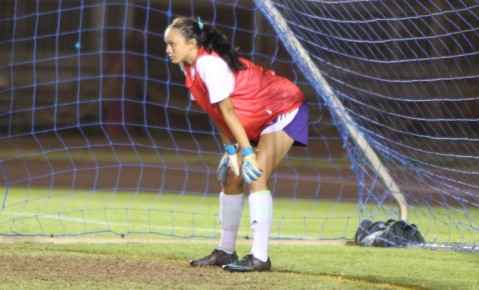 in row holding Kaiser scoreless during the penalty kick phase. 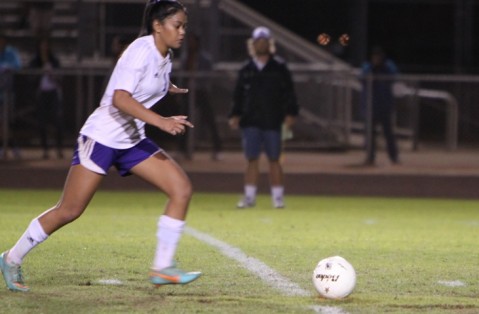 Inong also scored inside the 76th minute to tie the game at 1-1. 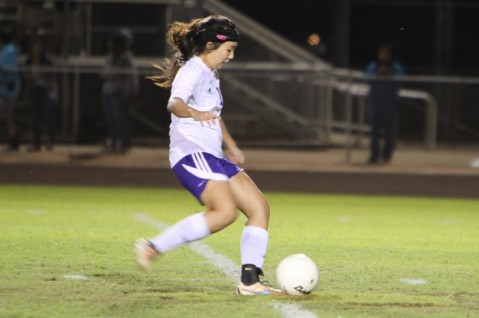 After a second goal by Erin Okuna, Haley Honda converted  the Lady Chargers third penalty kick for the win.

Champions of the OIA, Tiff was with us all the way!

The Lady Chargers dedicated and honored teammate Tiffany Nakagawa who passed away in 2013 but remains with her coaches and teammates in spirit and in their hearts. Her true spirit was the inspiration for the Lady Chargers as they captured the OIA Red Division Championship with a perfect 4-0i record in tournament play.

"This win is kinda great because we lost a gal in the spring, Tiffany Joy Nakagawa," said Coach Baumholtz. "She would have been the fourth junior in this defense which would of made this defense just rock solid. At the beginning of the season we all had these little bands. The coaches wore them every game and on the very first practice I told them, I said I’m going to dedicate my season to Tiffany Joy because she’s so much a part of this group, and she’ll be with us, we just have to make it worthwhile for her. Yesterday, actually the kids all came with blue ribbons and right before the game everybody waved them. Nobody thought that we had a chance at winning yesterday. Today, they arrived with their blue ribbons in their hair and I knew that mentally, they overcame the fatigue that their bodies were feeling because when they got here, they were all giggling, laughing, listening to music. When we warmed up it was like little school girls just chitter chattering and to myself I thought we’re ready to play. When the game started I just kind of said, I hope you’re with us Tiff? To finish this way is unbelievable."

(Tiff was there with the best seat in the house) 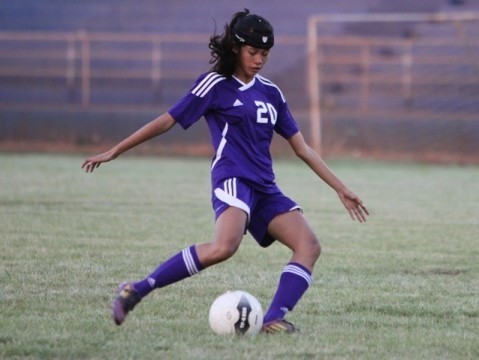 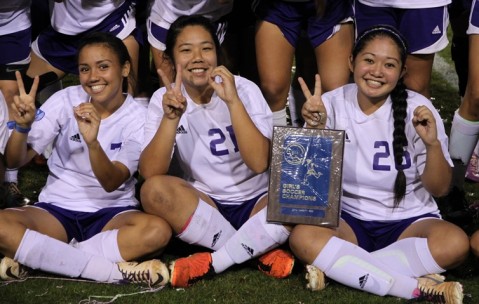 along with the 2014 OIA Red Division Championship plaque. 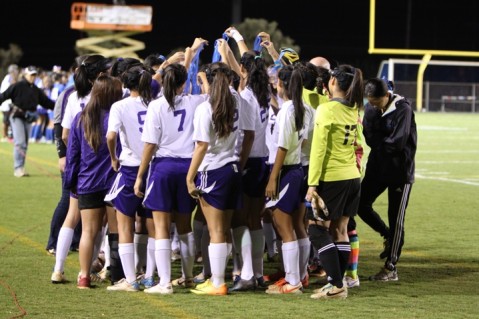 took the field in the OIA championship game against Kaiser on Friday, January 24, 2014 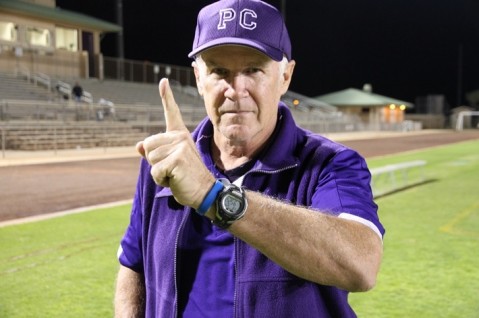 the 2014 season in honor of Tfifany Joy. Coach Baumholtz dedicated the season in her memory.

Check out post championship celebration photos at the link below: 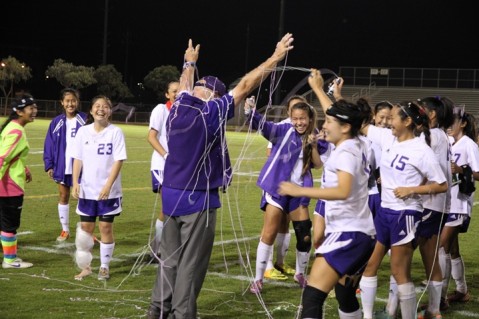 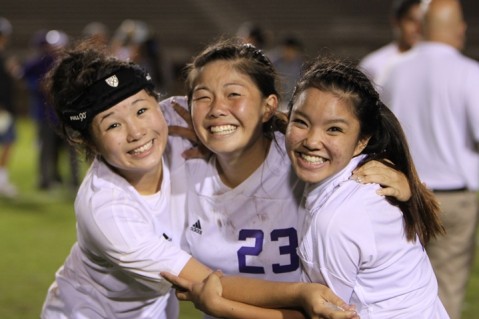