Pearl City (9-2) came into the championship tournament as the West #3 seed, will play East #2 seed Kaiser (8-2) in the championship quarterfinals today at Mililani High School. The Pearl City vs. Kaiser match-up is scheduled for 5:00pm and will be the first game of a quarterfinal doubleheader that will also feature East #4 seed Kahuku (8-3) taking on West #1 seed Mililani (10-0) in the nightcap at 6:30pm.

Kahuku defeated Campbell 2-1 in OT to advance to the quarterfinals against Mililani.

Campbell and Castle were eliminated from the OIA Red Division championship tournament. The top six teams to finish in the tournament qualify for the Division I HHSAA State Tournament scheduled for February 12 -15 at the Waipio Peninsula Soccer Complex.

In Pearl City's win over Castle, the Chargers got on the board first on a head shot by Luke Wyman from about 10 yards out after a corner kick by Carter Casuga at the 19th minute.

Pearl City scored again midway through the second half on a goal by Ryan Nakano that put the Chargers up 2-0. Castle's only goal came inside 2:00 minutes to play in the game by DJ Chinen. 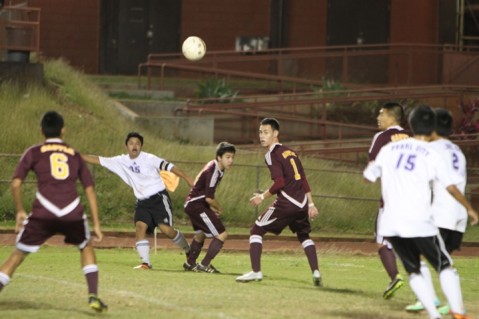 put the Chargers up 1-0 at the 19th minute of the first half of play against the visiting Castle Knights. 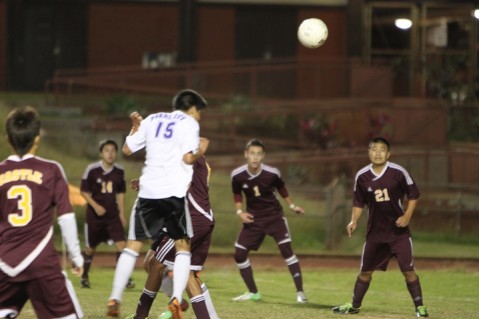 Luke Wyman scores off of Carter Casuga's corner kick to put the Chargers up 1-0. 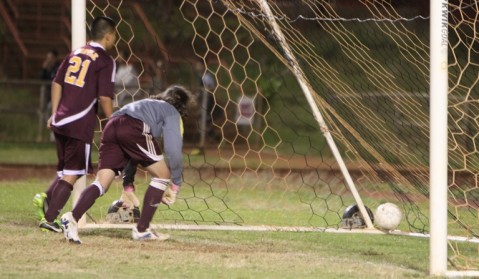 Luke Wyman's goal makes it past the Castle goalie and into the left side corner of the net. 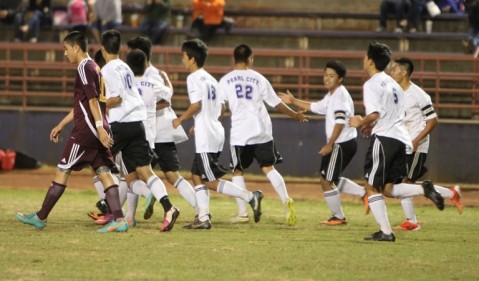 Charger teammates head back on defense after their first goal and early 1-0 lead over Castle. 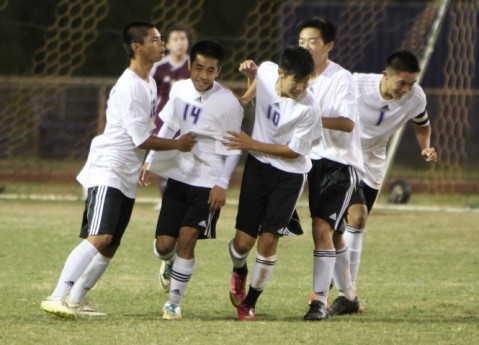 #14 Ryan Nakano gets a pat on the back from teammates (L-R) Andrew Tanaka, Jay Sato, Devin Ajimine

and Paul Enriquez after scoring the Chargers second goal to go up 2-0 in the second half.