Hundreds of volunteers picked up rubbish and painted over graffiti along the bike path that stretched from Neil Blaisdell Park in Aiea to Waipahu Depot Road near the HPD Academy.

The Pearl Harbor Bike Path Clean Up kicked off Earth Month here in Hawaii and was presented by the City & County of Honolulu, Department of Environmental Services Division of Environmental Quality, Storm Water Quality Branch.

"Basically April is our Earth Month so we're going to have a lot of events this month. We're here today to help. I would like to say thank you to everybody who is helping us. It really makes a difference when people come out to be a part of this."

"It's a beautiful day and we're all cleaning up the bike path, making it beautiful, and getting people back to the bike path. All the bikers and walkers, this is great. As we do this more often, I'm finding that the bike path is getting cleaner, sustained, and there's more people down here.  More bikers, more walkers and that's the goal. Thank you for everybody participating today."

"This bike path is a terrific resource for the people of Pearl City and Aiea. We all need to take ownership of it. The more use we make of it, the more ownership and pride we take in it. It's terrific that over the past year, we've seen a significant improvement in terms of trash along the bike path. I think it speaks to the fact that more people are using it and taking ownership. April as Earth Month is a reminder of what we ought to have as an attitude year round, which is to take care of our community, take care of our aina, because it's the only one we have."

"This is a great event, we do this every year as a part of Earth Month in different parts of the island. This is such a great place to come out and clean up and see a lot of community support. The military, community members, and our elected officials. It's just to take part in ownership of our own backyard and bring back people to the trail."

"We have a group of volunteers here today just helping to clean up the park so that more people can ride safely. We found lots of cigarette butts and just basic littering, nothing too serious." 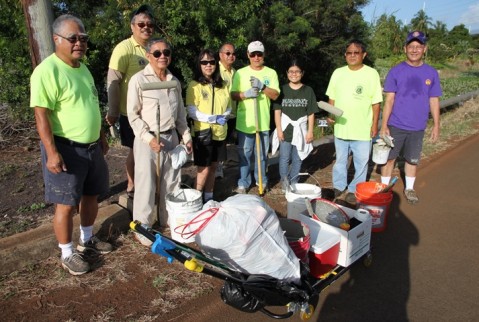 path between Lehua Avenue and the Waiau Power Plant in Pearl City. Volunteers picked up

rubbish and painted over graffiti along the bike path from Lehua Ave. to the Waiau Power Plant. 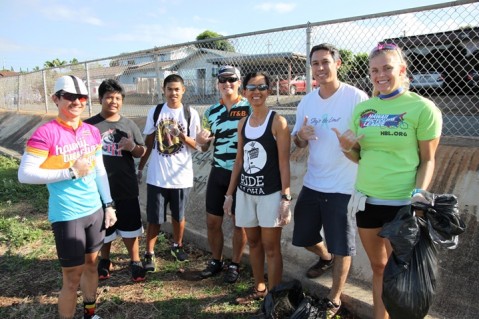 Photo by courtesy of Hawaiian Electric 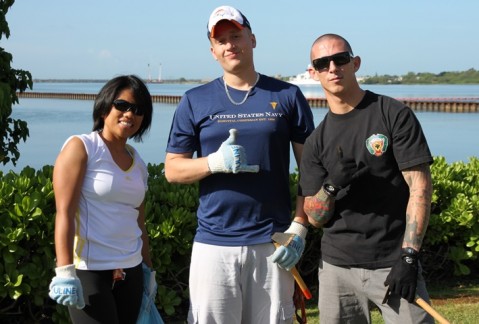 Volunteers from the Army and Air Force also contributed their time and energy in support of our community. 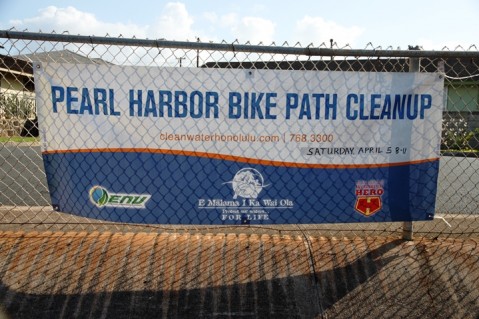