Pearl City's Diamond Briscoe repeated as champion in the 100 meter dash, won her third straight 200, and made it four in a row in the 400.

Teammate Maile Shigemasa won her first gold in the 800 meter run and three peated in the 1500. Maile also finished 10th in 3000 meter run.

Donnel Lefotu placed third in the boys discuss competition with a throw of 120-06.00

Campbell won the boys championship team title with 67 points, while Kaiser edged out Campbell by half a point 75.5 to 75 to win the girls team championship title.

The Chargers head off to the HHSAA Island Movers State Track & Field Championships at Kamehameha-Kapalama on Friday, May 9 and Saturday, May 10. 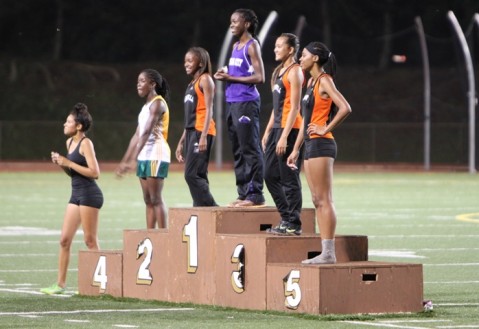 Diamond stands atop the awards ceremony podium after winning the 400 meter dash with a time of 56.70. 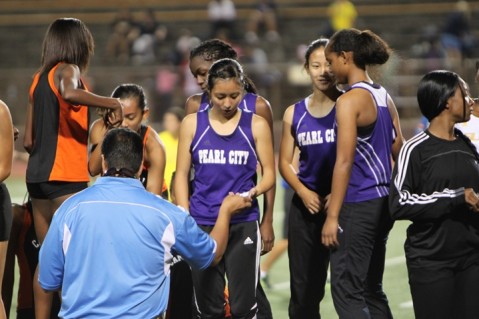 and Maile Shigemasa finished the race with a time of 4:07.98. 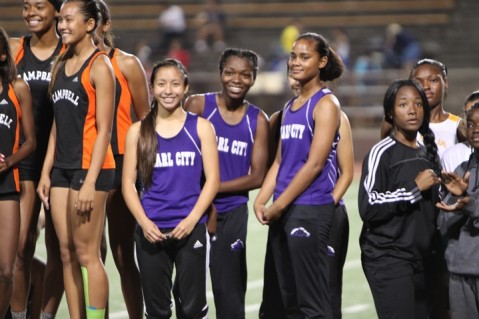 Another proud moment in the success and achievements of the Lady Chargers track program! 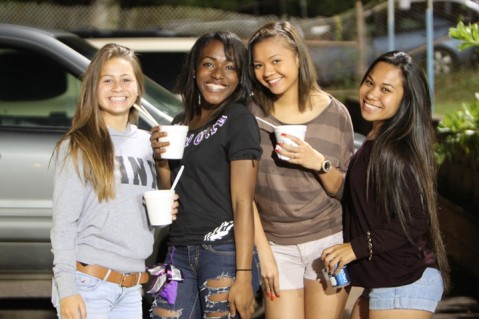 Great friendship and camaraderie at the OIA Track & Field Championships!