Pearl City will have a bye the weekend of September 12-13 and will return to action on Saturday, September 20 against Radford at Aiea High School. JV kicks off at 5:30pm with the varsity to follow 25 minutes after the conclusion of the JV game.

The Oahu Interscholastic Association announced today at the monthly athletic director's meeting that Friday night junior varsity football games will kick off 30 minutes earlier from 6:00pm to 5:30pm starting Friday, September 12, 2014. The change in kick off start times are due to late finish times that have occurred for several schools so far this season. 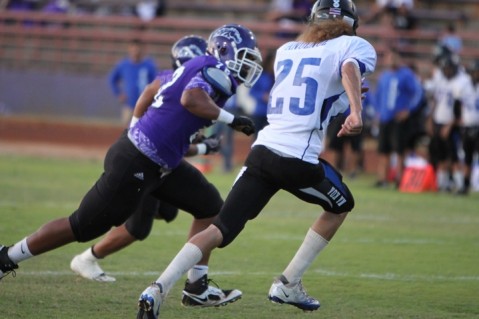