Already helping her mother with the laundry, Mililani Mauka Elementary fourth grader Cassie Chong recommends “hanging up clothes instead of using a dryer. It uses electricity. Dries by the sun.”

Kamilo‘iki Elementary fifth grader Julie Readnour has learned to block the sun’s heat. “If it’s hot, instead of using fans start using blinds. It will conserve energy and make that room a cooler place.”

Wanting to cut back on the electricity he uses while playing video games on TV, Lāʻie Elementary sixth grader David Watkins says, “This year I promise to play outside and do things like riding on bikes more.”

These four students illustrated their New Year’s energy resolutionsfor a drawing contest, part of the Home Energy Challenge, a year-long program sponsored by the State of Hawai‘i Department of Education and Hawaiian Electric Company. And for illustrating their resolutions so well, the students won fun-filled educational presentations for their classrooms, presented by Mad Science of Hawai‘i.

The Home Energy Challenge encourages elementary school students to put into practice at home what they’ve learned in class about energy conservation. The New Year’s Resolutions contest is one of the ways students put their energy lessons to use.

Participating students from schools all around Oahu enlist their parents’ collaboration to reduce the monthly electricity use in their homes over a six-month period. The top three schools whose students’ collective, documented conservation of electricity at home achieve the largest percentage of kilowatt-hour reduction will receive grand prizes of $10,000, $6,000, or $3,000. These awards will be presented to the winning schools in May 2015.

Following are the four winning New Year’s Resolutions for 2015. 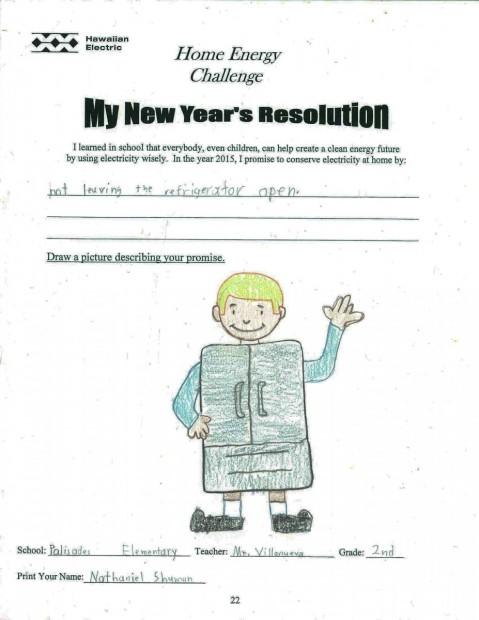 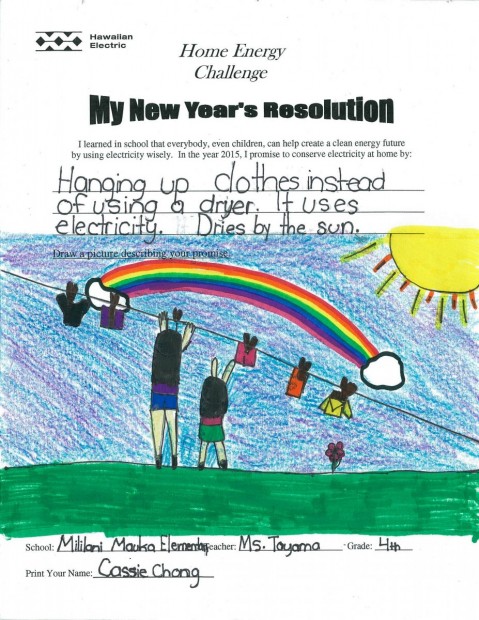 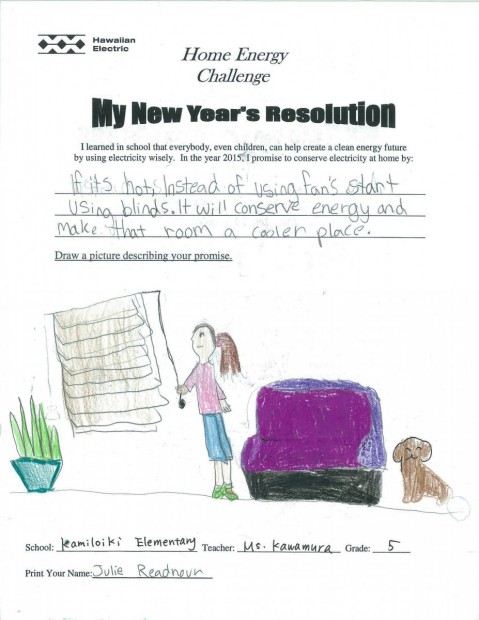 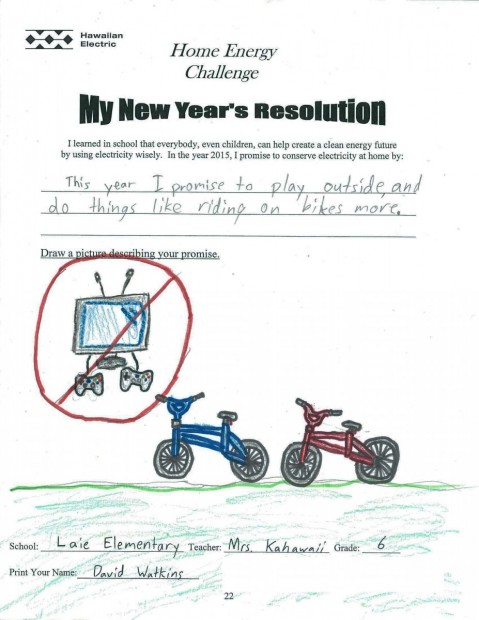