The Chargers loss brought a quick ending to post season play while the Knights move on to today's quarterfinals against E2 Kalaheo at Mililani High School with tip off set at 5:30pm. 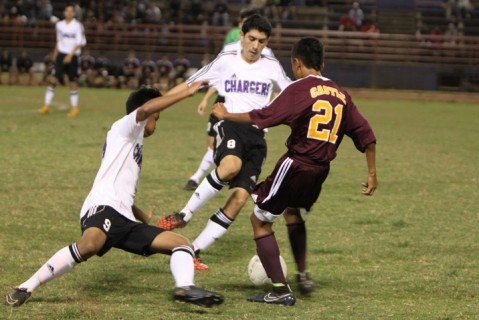 with Castle's Zeyz Hughes-Martin near the Chargers goal in the first half.