A team of “mathletes” from Highlands Intermediate qualified for the Hawaiʻi State MATHCOUNTS® competition after this weekend’s Oahʻu Chapter MATHCOUNTS sponsored by Hawaiian Electric! The state event, also sponsored by Hawaiian Electric, will be held on March 7 at Kamehameha School's Kapalama Campus. Highlands, along with Washington Middle, Punahou, Kawananakoa, ‘Iolani, Mililani Middle and two neighbor island teams will compete for a spot to the national competition to be held in Boston, MA in May. 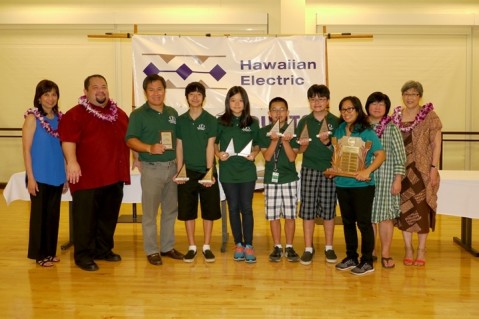