Congratulations to the Pearl City Chargers Cheer Team who finished 4th in the large team division competition at the 2015 HHSAA Zippy's State Cheerleading Championships held on Satuirday, November 14 at the Neil Blaisdell Arena.

The team put on an awesome performance!

Mahalo to Amy Au Tashiro for the awesome photo of the team!

My apologies for posting an incorrect team photo on Facebook on Saturday from the MyPearlCity.com archives. 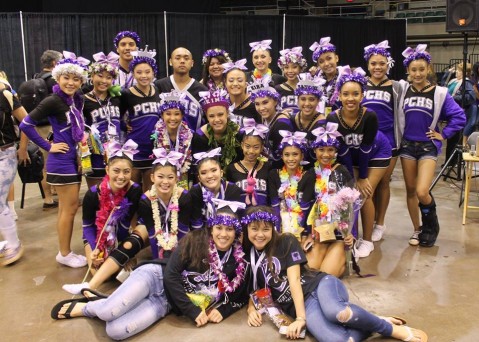