Congratulations to our Pearl City Chargers for capturing the 2018 Oahu Interscholastic Association Division 2 Junior Varsity Football Championship Crown after defeating the Kaiser Cougars 28-14 last night at Pearl City High School’s Edwin Bino Neves Stadium. It was the second meeting and second win over the Cougars for the Chargers who finished the 2018 regular and post season undefeated at a perfect 10-0.

Pearl City QB Isaiah Ameperosa-Cruz and Ali’i Gaspar both scored a pair of touchdowns in the win. They were excited to win a championship and credited their championship win as a team effort and thanked their family.friends and fans for their support

"Tonight’s victory feels amazing! It’s not an individual sport. We allwork as a team. I would not ride with no other boys, but with these boys right here because they work 24/7, 25/8 actually on and off the field. Tonight I was pretty nervous because Kaiser showed us some good stuff. They gave us a real beating, but we worked harder. Thank you to our coaches who have been there from day one. Thank you to my family who came to every game and supported me. We traveled, they traveled. It was 33 strong. 33 of them up there in the stands came to support me. Thank you to everyone who came out to support us. We’re the Division 2 CHAMPIONS!”

“In my mind right now  I’m really excited. We won the championship and running on this field with my boys, I’m going to miss all of this because I’m going to move up with the rest of the sophomores. I love playing with these guys. I had to focus tonight because we were getting a little bit angry and frustrated after falling behind, but we scored and starting hyping up all the players. Our coaches are great coaches. I like how they worked with us and trained with us to get better and get greater. Thank you for my family who came out to the field to support me. I love my family and sometimes I really focus on my family and my friends and the fans.“

Charger Head Coach Robin Puahala was over joyed for his team’s championship win and the pride he felt for his players for a great effort as they battled the Cougars for the championship title. Coach Puahala also expressed his excitement for bringing home the championship after coming close last year and thanked Charger fans for their support.

“I think they peaked tonight, they brought everything they had on the table tonight. It was a tough battle. Kaiser played a very good game. Our boys, I’m proud of them. They did what they had to do. We just had to put our plays back together again. We had a couple mistakes in the beginning, but we put it together and brought it home. This feels great. Close last year and we take home the trophy this year. Thank you to the fans for supporting them.“

The Cougars got on the scoreboard first on a 17 yard touchdown strike and PAT at 8:18 of the second quarter to take 7-0.

The Chargers tied the game at 7-7 on Ali’i Gaspar’s  10 yard touchdown run and Landon Chang’s PAT at 5:07 of the second quarter.

Kaiser came back to tie the game through the air at 14-14 on a 15 yard touchdown pass and successful PAT with 21.5 seconds remaining in the second quarter.

The Chargers broke the tie to take a 21-14 lead over the Cougars  on the first of two second half touchdown runs by QB Isaiah Ameperosa-Cruz with first TD scored on a 6 yard touchdown run and Chang PAT with 12.1 seconds remaining on the clock in the third quarter. Ameperosa-Cruz scored again on a 2 yard sneak with 1:47 remaining in the game late in the fourth quarter. Chang kicked through the PAT to put the Chargers firmly in control at 28-14. 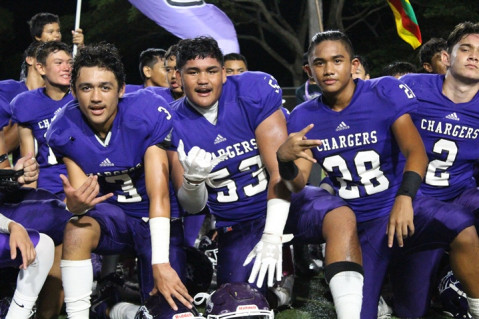 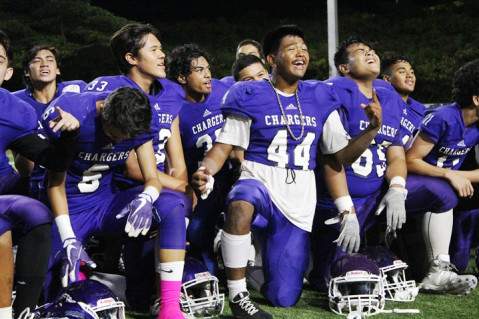 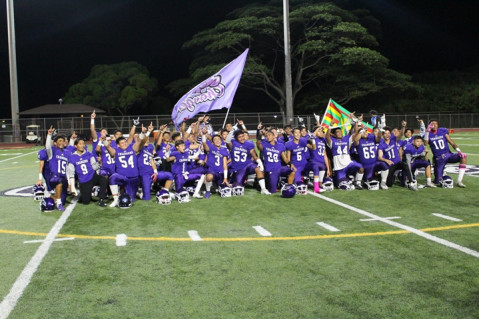 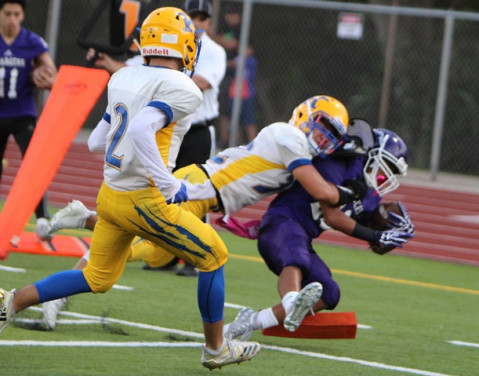 touchdown run at 1:49 remaining in the second quarter .Gaspar's touchdown,

followed by Landon Chang's PAT gave the Chargers the lead at 14-7. 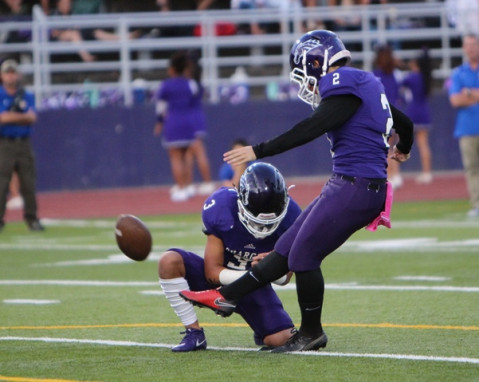 of four PAT's in the Chargers championship title win. 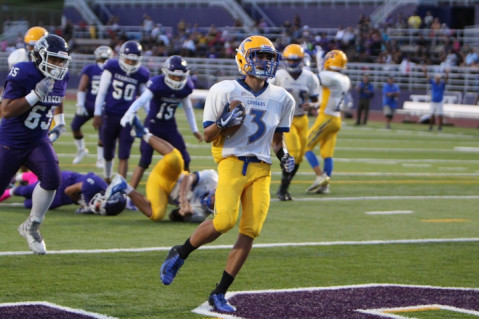 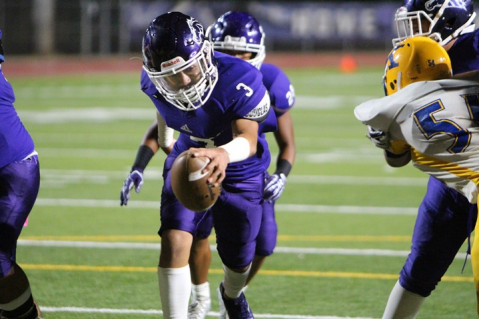 booted through the PAT to put the Chargers up over the Cougars 28-14. 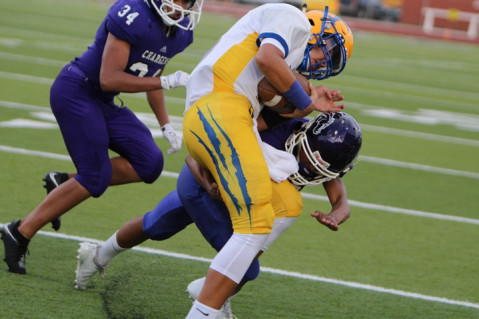