Alyssa Bautista and Sunshine Fontes scored first half goals for the Lady Chargers. Fontes was injured and did not return after scoring her goal that tied the game at 2-2 late in the first half. The Lady Na Menehune scored two first half goals with Kelci Sumida kicking in the first goal and second goal scored via an own goal.

Pearl City will face Aiea in the championship title game scheduled for Saturday, January 19 at Kaiser High School with kick-off set for 6:30pm. Aiea defeated regular season OIA Western Division Champion and defending OIA Division I Champion, Mililani 1-0 in the semifinals to advance to the championship. Aiea handed Pearl City their only loss of the regular season 1-0. 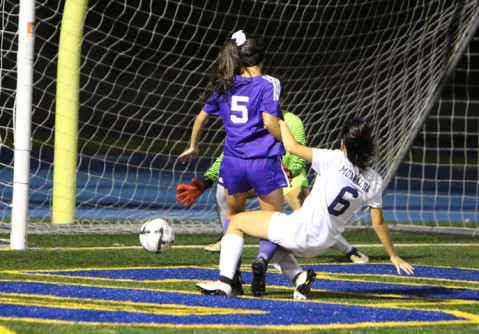 the first half to put the Lady Chargers up 1-0 over the Lady Menehune.