The popular on-demand film streaming service Kanopy is now available for FREE until April 30th to all Hawaii State Public Library System library card holders.  Library card holders can sign up to start streaming films by visiting https://librarieshawaii.kanopy.com.  Films can be streamed from any computer, television, mobile device or platform by downloading the Kanopy app for iOS, Android or Roku.

Offering what the New York Times calls “a garden of cinematic delights,” Kanopy showcases more than 30,000 of the world’s best films, including award-winning documentaries, rare and hard-to-find titles, film festival favorites, indie and classic films. Kanopy Kids offers a great variety of shows for our youngest patrons.  More than 60% of Kanopy’s film offerings are not available through other streaming services.

With the motto of "thoughtful entertainment," Kanopy provides Hawaii State Public Library System patrons with access to films of unique social and cultural value; films that are often difficult or impossible to access elsewhere, and programming that features diversity, with a wide array of foreign language films and films on race, and current affairs.

“While we’re all home, we thought this is the perfect time to try out a new virtual service for our library community,” stated State Librarian Stacey Aldrich.  “Kanopy has offered free access to their extensive catalog of films for the month of April, that includes local filmmakers, like Marlene Booth’s Pidgin: The Voice of Hawaii. We are particularly excited about all of the amazing commercial free films and television series for our keiki.”

Unlimited viewing of Kanopy films and series is available to all HSPLS library patrons until April 30, 2020. After the trial period, HSPLS will seek input from the community to determine whether we will continue the streaming service beyond the trial period. 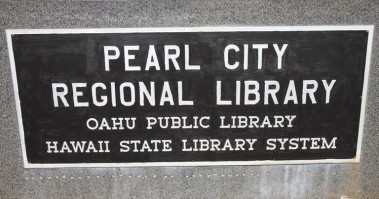