The Chargers controlled the match from the first points scored with several players coming through with outstanding play throughout the three-set sweep against a Nanakuli Golden Hawk team that had beaten the Chargers during the regular season.

“I’m super proud of the guys. This really started at the beginning of the season when we started working out and we started getting this vision of where we could be at the end. The just came in everyday and did the work and this the result we got. We came in tonight a little shaky because we got beaten by them during the regular season so to go out and win the first set gave us a lot of confidence.

Tonight we had key players like Tylus (Williams) played ridiculous on defense, Christian (Ronquilio) great on setting, our two outside hitters, our middle did great, everybody just did well. I would like to thank my coaches, couldn’t have done it without them, and I want thank my players, without them we wouldn’t have this championship.” 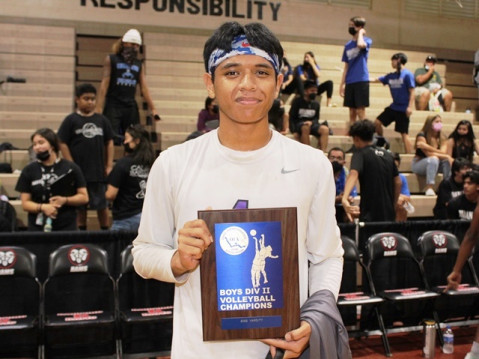 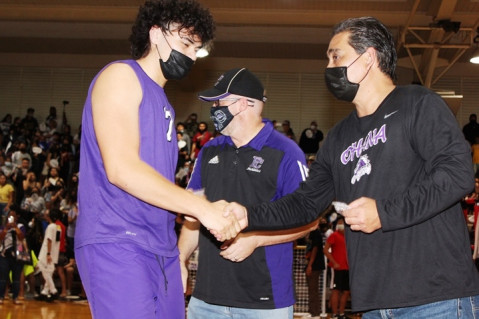 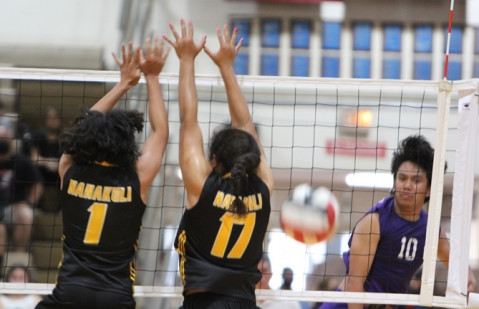 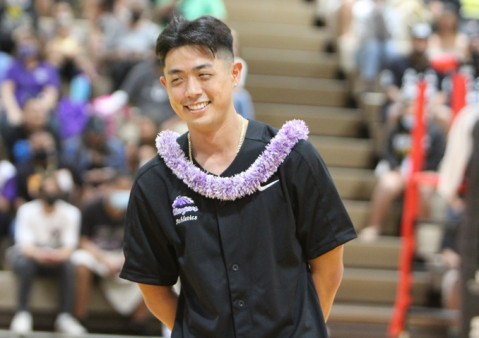