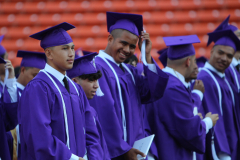 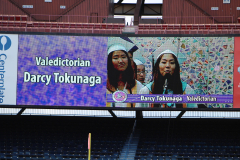 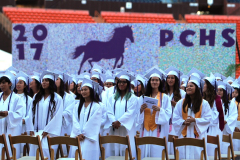 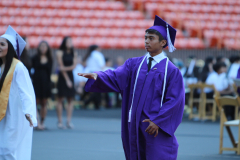 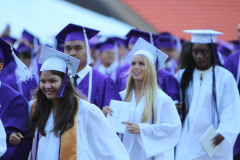 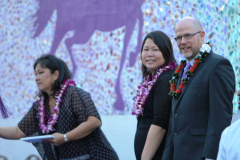 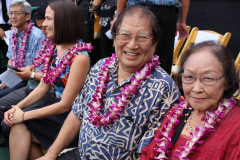 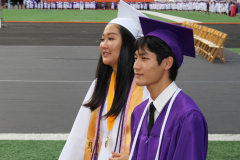 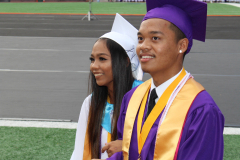 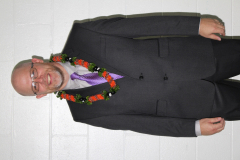 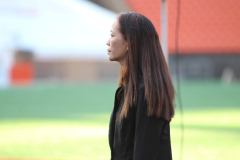 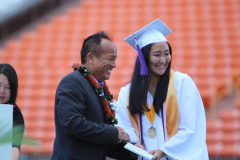 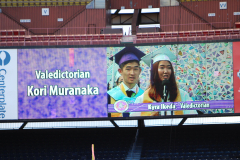 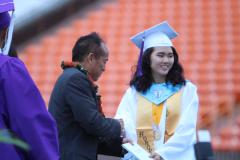 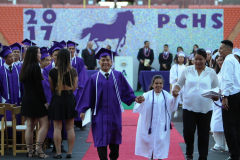 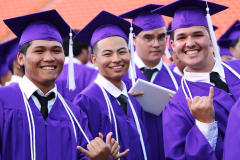 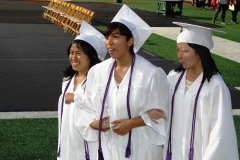 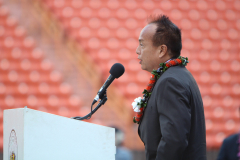 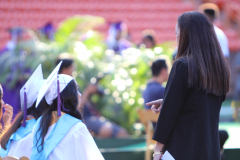 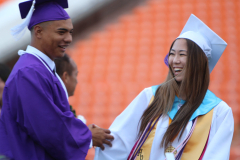 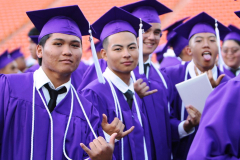 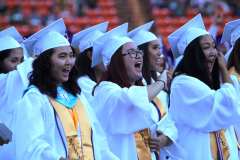 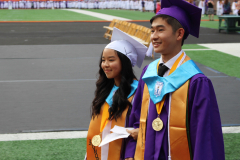 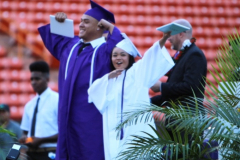 Mr. Brian Tsutsui served as Master of Ceremonies. PCHS Principal Mr. Joseph Halfmann recognized the many accomplishments from the class of 2017 during his Principal’s address and wished the graduating seniors all the best in the future.

Class of 2017 President Damien Tabilin gave an emotional and heartfelt speech to his classmates, teachers, administrators, and family and friends during his Class President Address.

Fifteen, Class of 2017 Valedictorians gave inspirational speeches filled with gratitude for the opportunity to attend and thrive academically and through their involvement in extracurricular activities while living and representing the school motto, “Excellence with Honor”.

Congratulations to the amazing PCHS Class of 2017!