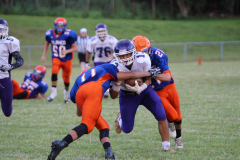 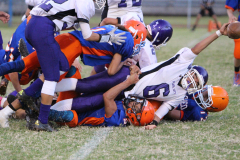 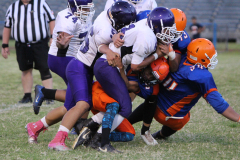 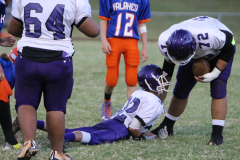 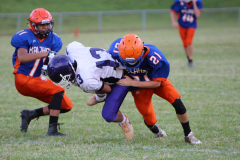 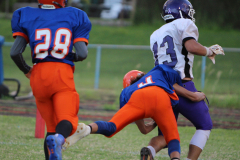 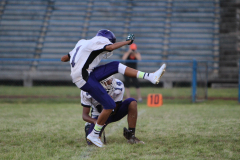 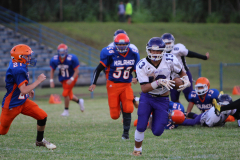 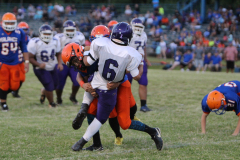 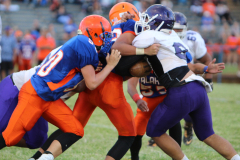 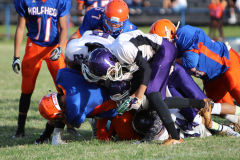 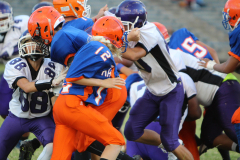 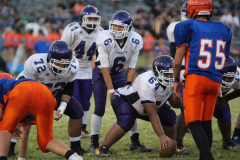 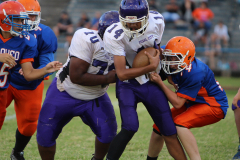 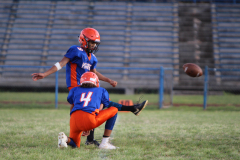 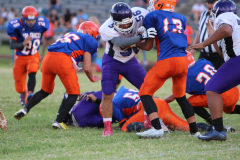 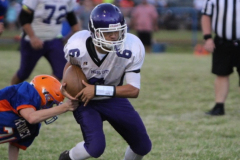 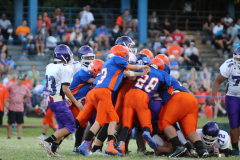 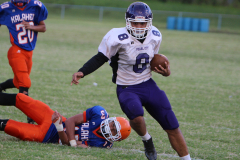 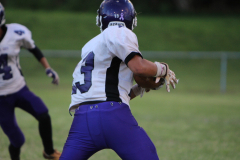 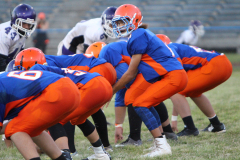 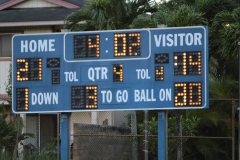 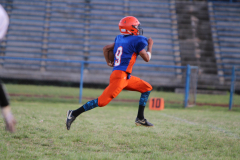 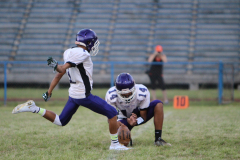 Kalaheo built a 21-0 lead over Pearl City until the Chargers scored 20 unanswered points inside of four minutes to play in the ball game. With 1:42 remaining in the fourth quarter, Caden Chong scored from the Mustangs 20 yard line to pull the Chargers within one point of the lead at 21-20. The Chargers went for the win attempting to convert a 2-point conversion but failed. Kalaheo took possession of the ball on the ensuing kick-off and ran out the clock for the win.