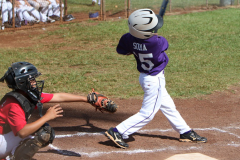 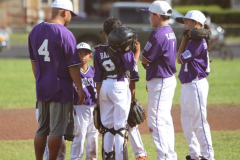 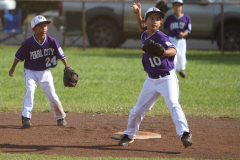 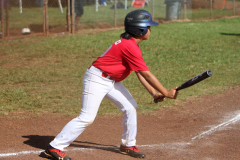 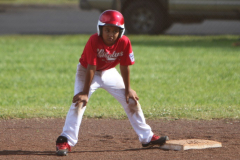 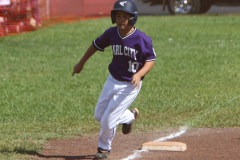 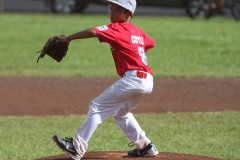 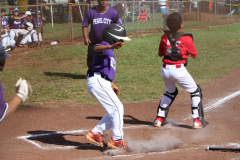 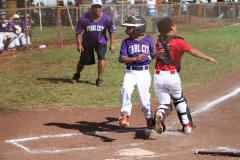 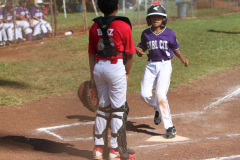 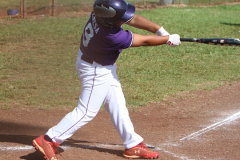 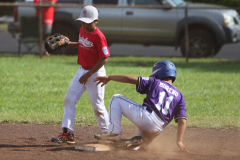 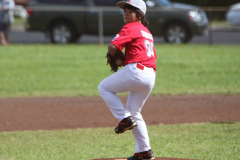 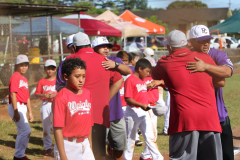 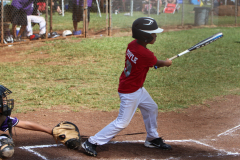 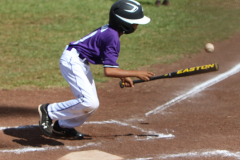 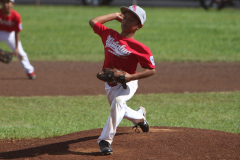 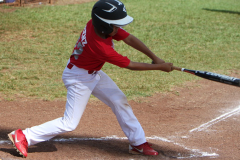 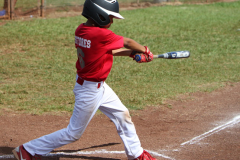 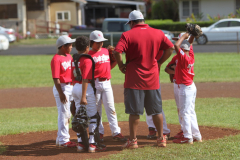 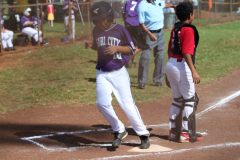 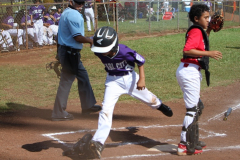 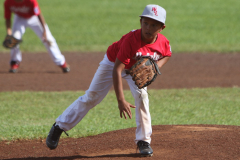 The 10-run mercy rule was enforced after the top of the fourth inning was completed to end the game. Pearl City scored nine runs on four hits in the bottom of the third inning to go up 10-0 over Waialua.