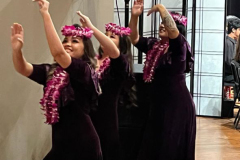 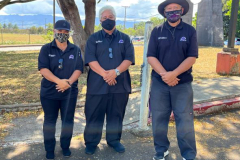 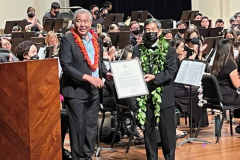 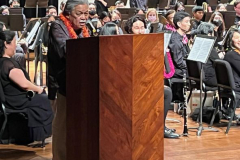 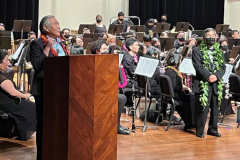 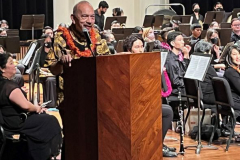 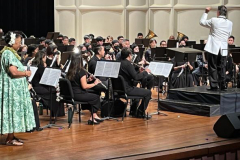 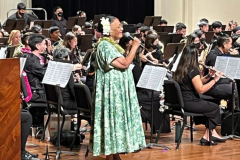 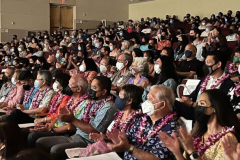 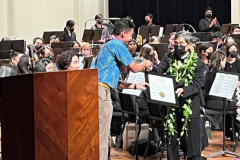 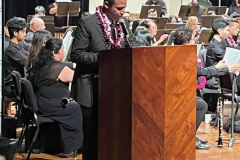 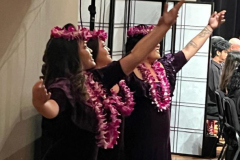 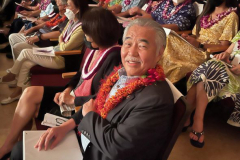 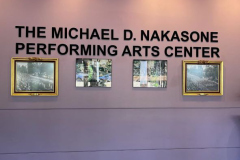 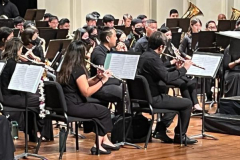 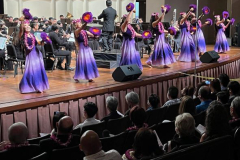 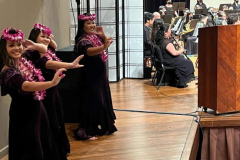 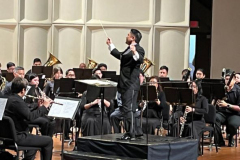 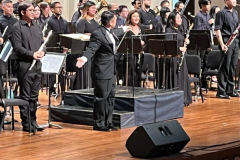 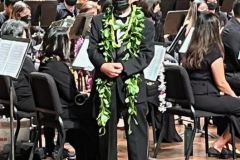 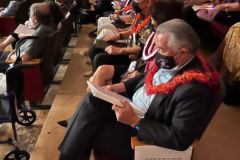 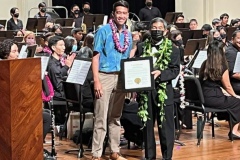 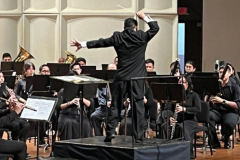 1 2 ►
Congratulations to Michael D. Nakasone who received the ultimate honor, distinction, and recognition of having the Pearl City Cultural Center renamed the Michael D. Nakasone Performing Arts Center in a dedication ceremony on Saturday, June 25, 2022.

Master of Ceremonies Mr. Fernando Pacheco introduced the beloved and legendary Pearl City High School Director of Bands and two-time National Hall of Famer on Saturday to a heartfelt round of applause from an adoring gathering of Pearl City High School Band alumni, PCHS current and past Principals, administrators, staff, family and friends, and special invited quests.

It was a wonderful afternoon of entertainment featuring guest conductors as well as National Hall of Fame, Pearl City High School Director of Bands Mr. Chad Kamei. Two-time National Hall of Famer Mr. Nakasone took his place in the front of the select group of band members (which included PCHS alumni band members) as the conductor for The Stars and Stripes Forever finale.

Saturday’s Michael D. Nakasone Performing Arts Center dedication ceremony was one of the proudest moments filled with love and aloha that I have ever experienced as a PCHS alumni (’77).

I can hear and visualize today Mr. Nakasone’s Pearl City High School marching bands of the 70’s being led by the master on game night during Charger football games and how they inspired us all with Charger Pride as they fired up the charge to victory. The Charger Pride tradition continues today under PCHS Director of Bands Mr. Chad Kamei, band directors and amazing student band musicians and performers.

Mahalo to PCHS for the invitation and opportunity to attend and celebrate Mr. Nakasone as the Michael D. Nakasone Performing Arts Center doors were blessed and opened to the public for generations to come to enjoy world class entertainment and performances in a world class setting in his honor.