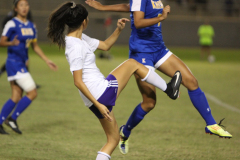 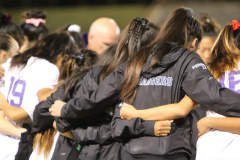 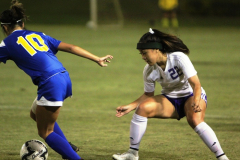 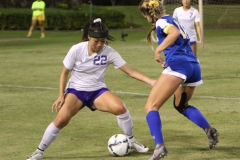 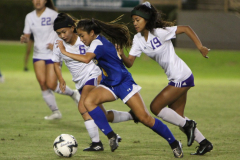 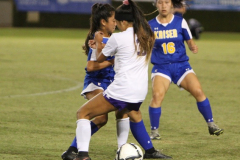 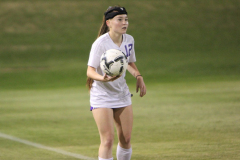 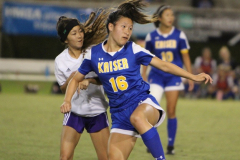 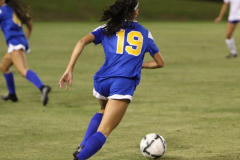 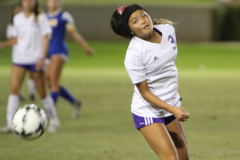 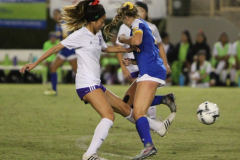 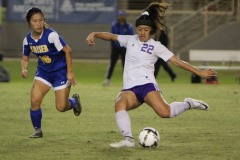 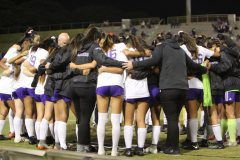 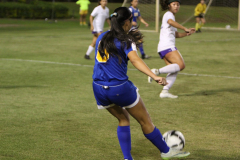 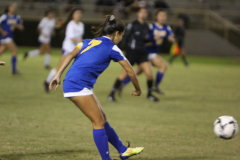 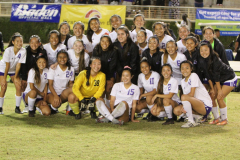 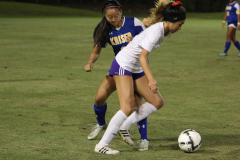 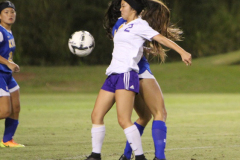 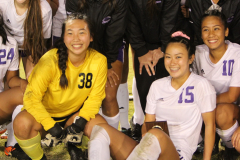 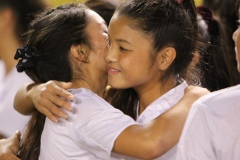 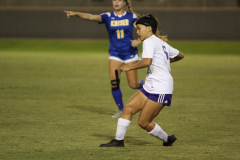 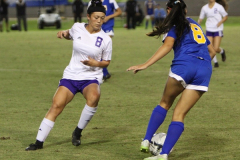 1 2 3 ►
The Pearl City Lady Chargers are headed to a championship showdown with defending state champion Iolani after defeating Kaiser 2-1 (2OT/PK) on Friday, February 9, 2018 in the semifinals of the 2018 HHSAA Division I State Girls Soccer Championships at the Waipio Peninsula Soccer Complex in Waipahu.

The Lady Chargers found themselves in a battle that ended after an exciting penalty kick shootout for the second night in a row. Pearl City goalie Naomi Takata contributed in the victory with another amazing performance that legends are made of and legacies are built.

Kaiser’s Halie Halvorsen gave the Lady Cougars a 1-0 lead at 20:43 of the first half. Daelenn Tokunaga tied the game at 1-1 for Lady Chargers at 41:10 in the second half. Both teams fought through double overtime before entering into penalty kicks won by the Lady Chargers 3-2 behind Naomi Takata’s two saves that sealed the win and a chance to play in the championship title match against Iolani on Saturday, February 10. The championship game will kick-off at 7:00pm at the Waipio Peninsula Soccer Complex – Main Stadium.

Iolani defeated #2 Mililani 1-0 in the semifinals on Friday to advance to the championship. Mia Watanabe scored the winning goal at 40:15 of the second half. Iolani will be in full defense of their 2017 HHSAA State Soccer Championship while Pearl City, who won their last state championship in 2016, are looking for their second state crown in three years and a great way to send off their seniors in style, once again as state champions.