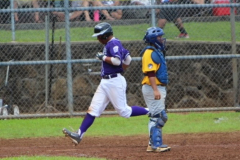 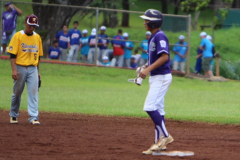 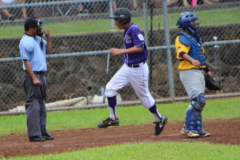 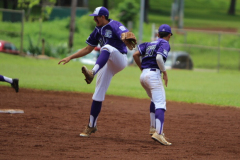 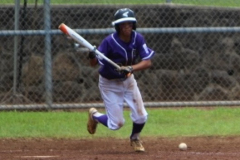 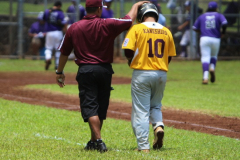 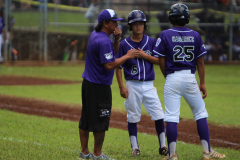 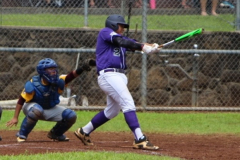 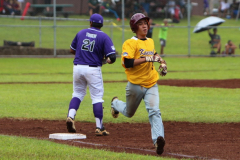 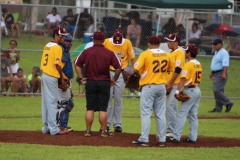 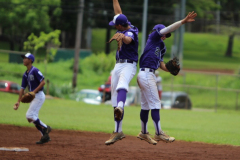 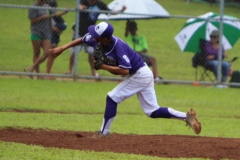 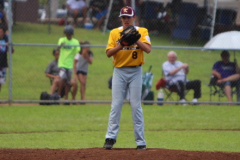 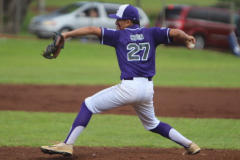 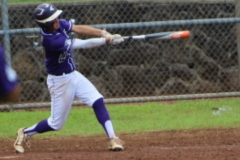 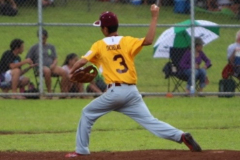 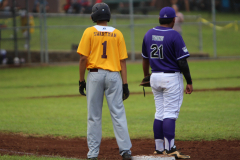 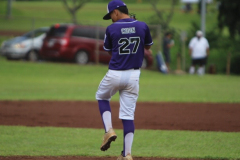 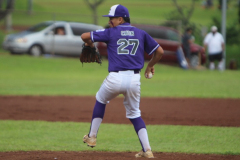 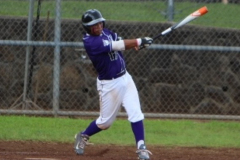 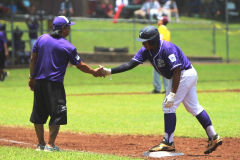 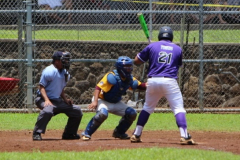 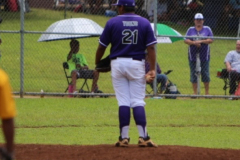 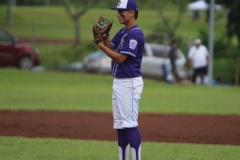 1 2 ►
Pearl City keeps on rolling along after downing Kaneohe 6-1 in the quarterfinals of the Hawaii State Junior Little League Championship Tournament played at Kaneohe District Park on Saturday, July 18, 2015.

Pearl City rallied for five runs in the bottom of the sixth inning to break a 1-1 tie and go ahead of Kaneohe 6-1. Cello Casarez scored the go ahead run on a bases loaded walk with no outs to Christian Pacrem to put Pearl City up 2-1. Chaesten Chon drove in the final two runs of the ball game on a 2 RBI double to center field that scored Christian Pacrem and Mayson Foumai.

Carter Hirano earned the win in relief of Chaesten Chon who got the start pitching 5 2/3 innings. Caleb Young earned a save in 2/3 innings of work to close out the ball game in the top of the seventh inning.

Pearl City will take on Aiea at 1:00pm on Sunday, July 19 in the championship tournament semifinals.