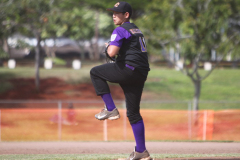 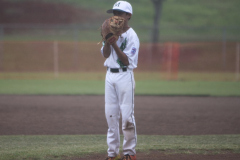 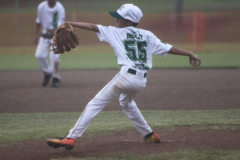 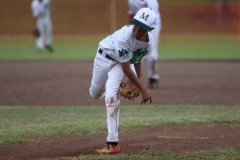 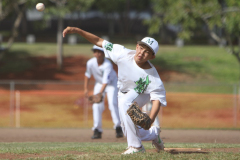 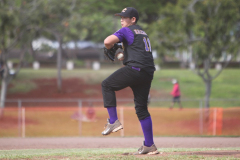 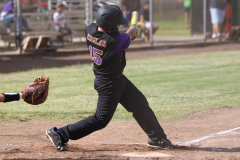 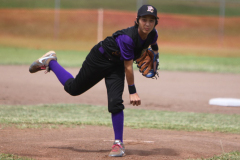 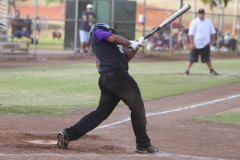 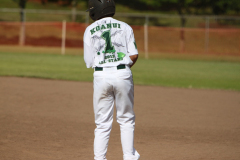 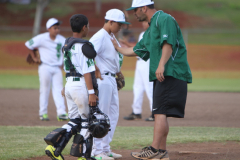 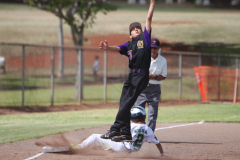 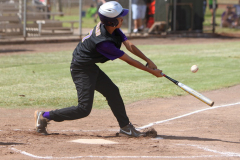 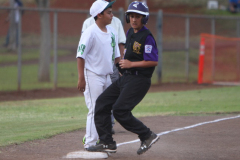 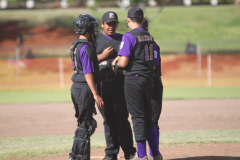 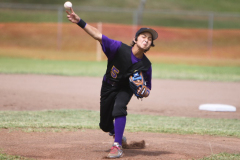 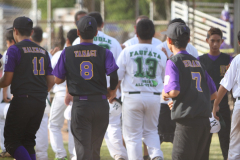 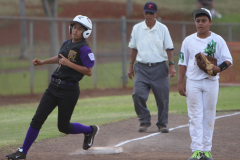 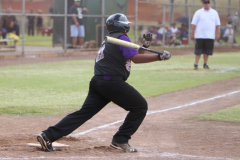 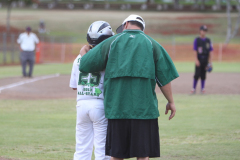 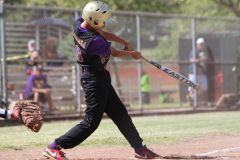 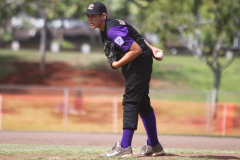 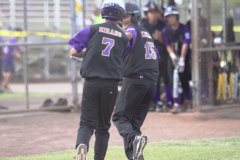 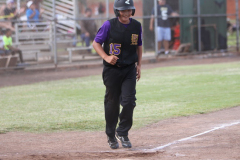 Pearl City scored nine runs on eight hits in the bottom of the fifth inning to rally past MKH 13-4 in the Hawaii Little League Majors District 7 Tournament played at Central Oahu Regional Park (CORP) in Waipio on Monday, July 1, 2013.

Pearl City advanced to the next round of the tournament and will take on Ewa Beach on Tuesday, July 2 at CORP. First pitch is scheduled for 3:00pm. This will be the second meeting between the two ball clubs in the double elimination tournament with Ewa Beach pulling out an opening round 7-6 victory in extra innings on Friday, June 28.

The winner of the Pearl City (3-1) vs. Ewa Beach (2-1) match-up will reach the tournament championship with the task of beating Waipio, who is undefeated at 2-0, twice for the championship title. Ewa Beach lost to Waipio on Sunday, June 30 to drop into the loser's bracket.