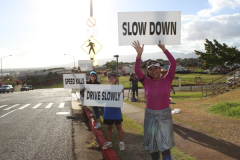 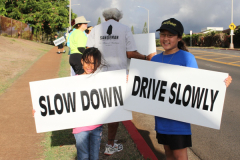 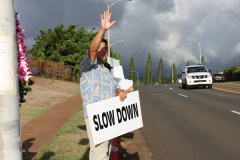 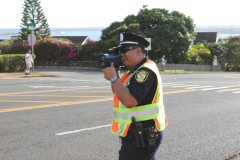 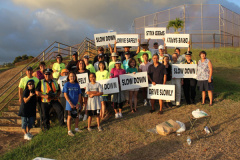 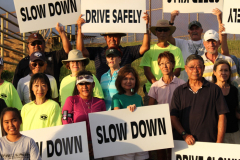 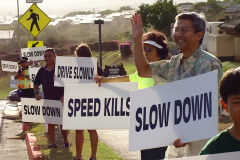 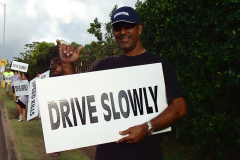 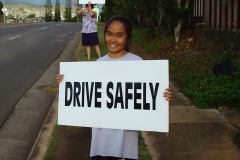 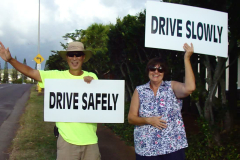 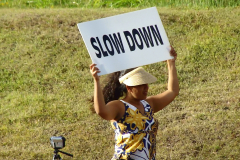 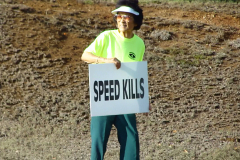 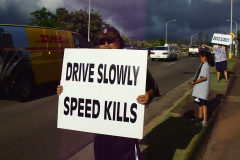 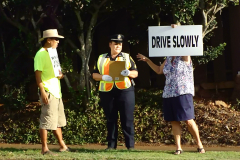 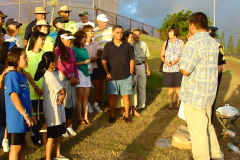 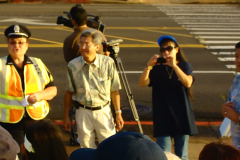 Representative Mark Takai (Aiea,Pearl City) led the way on Tuesday, October 12, 2010 in Aiea to urge motorists to slow down on Kaahele Street near the Newtown Recreation Center.

The day marked the one year anniversary of a Newtown resident being struck in a crosswalk near the Newtown Recreation Center. She died from her injuries suffered in the accident.