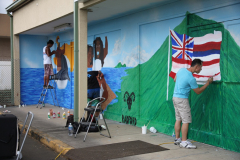 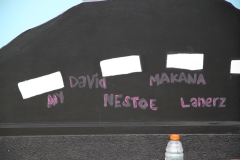 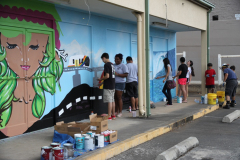 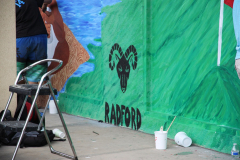 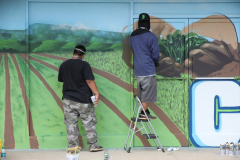 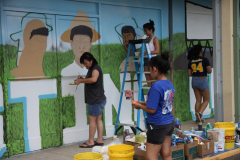 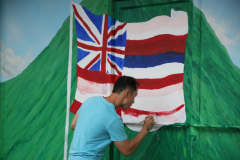 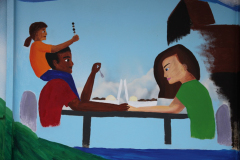 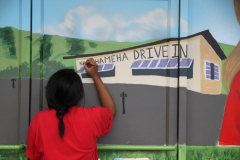 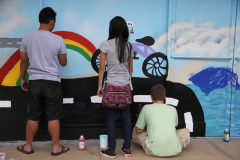 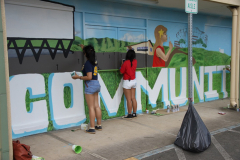 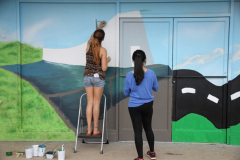 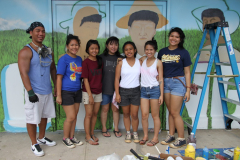 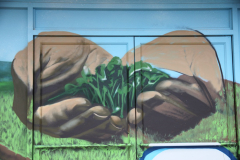 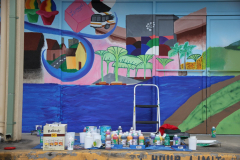 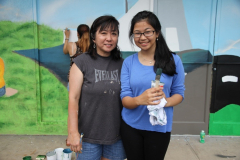 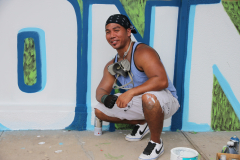 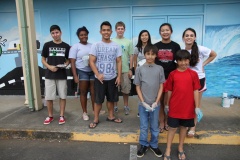 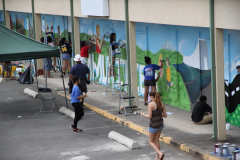 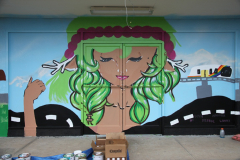 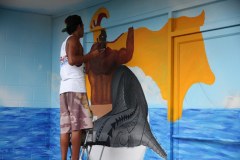 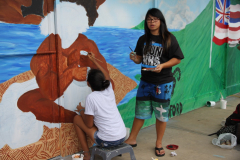 Talented student artists from Waipahu High School, Aiea High School, and Radford High School came together on Saturday, May 17, and Sunday May 18, 2014 to paint a mural the theme and message of “Connecting Communities” for the “Art to HART” beautification project sponsored by the Honolulu Authority for Rapid Transportation.

The students, teachers, art directors, joined forces with community groups such as the Mana Loa-Nimitz Lions Club, Pearl City Lions Club, Pearl  City Community Association, Pearl City Foundation, Boys and Girls Club of Ewa Beach, Chinese Jaycees, along with the Aiea High School football team and private companies such as Kiewit (who is constructing the platforms and guide ways for the rail line) to paint the 210 foot mural on a former strip mall located at 98-080 on Kamehameha Highway in Aiea. The property will become a future rail station on Kamehameha Highway near Pearl Ridge Center. The property was purchased by the city in 2012 and has become an eye sore since, with graffiti covering one end to the other before Saturday and Sunday’s mural painting pilot project that HART hopes will expand into other communities along the rail line.

A special mahalo to the youth from the Boys and Girls Club Hale Pono Ewa Beach Clubhouse for their hard work in helping out to improve and beautify the Aiea community!